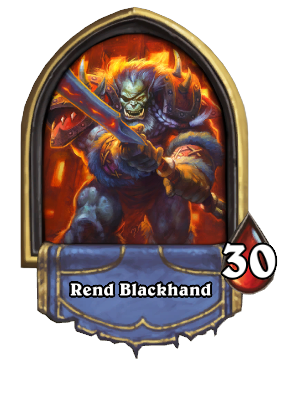 The entrance to Nefarian's lair is guarded by ruthless orcs, led by Rend Blackhand.

Rend Blackhand is a boss in the Blackrock Mountain adventure. He is the third boss of the adventure's third wing, Blackrock Spire. 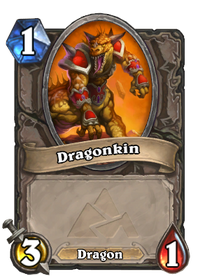 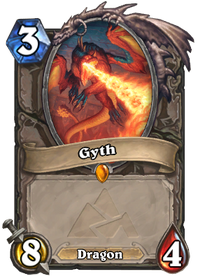 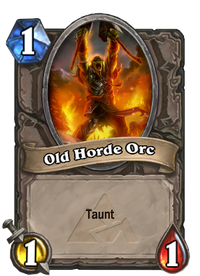 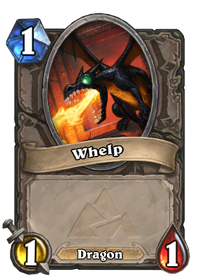 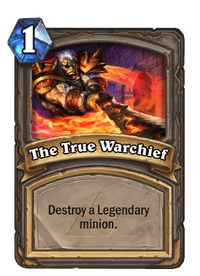 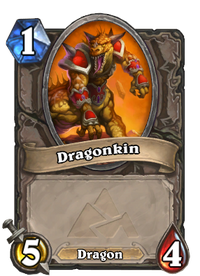 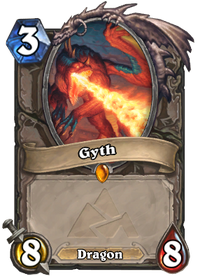 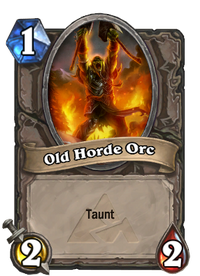 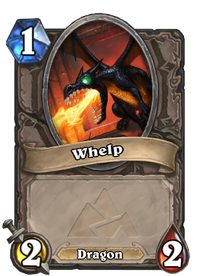 The below classes are listed purely for reference, and have no effect on the boss' use of the cards during the battle. Normal and Heroic

This is one of the easier bosses. There are four key elements to win against Rend. First, some kind of mass removal is needed. Available to all classes are cards like Abomination, Explosive Sheep or Unstable Ghoul, which can very quickly remove any board advantage of Rend's Hero Powers. Second, it is advised to play either with many or with no legendary minions---the latter makes two cards in his deck completely obsolete. Third, 4 of his spells increase in power if Rend has 12 or less health, and therefore it might be beneficial to not bring him below 12 health without killing him. Last, Rend's deck does not contain many cards that can take back control for him once you have board control, so have some win condition cards that make it hard for a comeback. The TGT expansion offers easy methods with powerful Inspire cards like Mukla's Champion, Kvaldir Raider, Kodorider, etc.

Many minions summoned by Rend's Hero Power have 2 health, so mass removal strategies that deal 2 damage are advised. A mage with freeze spells and simple cards like Kobold Geomancer and Arcane Explosion can make Rend lose full turns and deal massive damage to his creature onslaught. Paladin with Divine Shield cards like Shielded Minibot, Seal of Champions, Hand of Protection, etc., can reliably establish board control and with cards like Murloc Knight this can lead to board advantage that Rend can never get back.

Since Rend's Hero Power gives it so much value on the long term, an alternative strategy is to play Face Hunter and ignore the board. Explosive Trap (which the boss will not play around) will take care of Old Horde Orcs; the rest of the fight will be a damage race between the player and the boss. 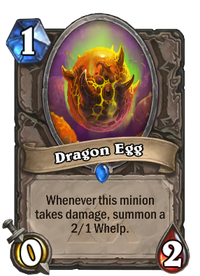 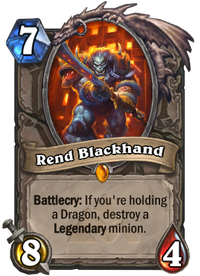 Nefarian
Turn around, mortal! You are testing powers you do not understand.

Rend Blackhand
We are the TRUE horde!

Rend Blackhand
You are climbing the wrong mountain.
Nefarian
Even this orc knows you're doing it wrong!

Focus on the hero, fools!

Together, we are UNSTOPPABLE!

Kill the one in the back.

Rend Blackhand
The Spire is OURS!

Rend Blackhand
Gaaahhhhh!
Nefarian
O.K., mortal. You are messing with the wrong dragon.

The Blackrock clan of orcs is led by the fearsome Rend Blackhand. You might be asking yourself, “What kind of name is Rend?” to which we’d answer, “His brother’s name is Maim, so. . . .” Yeah, they’re that kind of family. True to form, Rend is kind of a jerk, and wants to overthrow Thrall and take control of the Horde so he can spread his version of family values across the face of Azeroth. With Nefarian’s help, Rend and the Blackrock orcs gained the upper hand over the Dark Iron dwarves that once occupied the spire. Now, Rend’s warriors serve as troops and guards while everyone else hangs out and hatches evil schemes (and sometimes dragon eggs). Tired of powerful heroes and minions cluttering up your opponent’s board? Rend can help.[1]

Rend is the leader of the Dark Horde, which is allied with Nefarian because he needs the dragon’s help to overthrow Thrall and seize control. His management style is classic villain—spend a lot of time hanging back, being crazy, and ordering minions around. Give him points for unpredictability: you never know what he’ll throw at you next.[2]

Dal'rend Blackhand, commonly known as Rend, is the Warchief of the Dark Horde and is considered to be a great threat to Thrall's leadership of the Horde. Rend is the bloodthirsty son of the former Warchief of the Horde, Blackhand the Destroyer. He believes that he is the rightful Warchief of the Horde due to lineage, and seeks to overthrow Thrall. To this end, he has allied the forces of the Dark Horde with Nefarian. The two have used their combined resources to re-create the chromatic dragonflight, which they hope to unleash upon the world once again. His mount is a massive chromatic drake named Gyth.

Rend and his brother and sister had a short childhood due to the warlocks' aging of children, but unlike other orc parents Blackhand was happy to put forward his children first for artificial aging. After 'coming of age' Rend served with the other members of the First Horde in the fight to exterminate the Draenei. After the Siege of Telmor, Durotan was offered the city as reward for leading the raid on it. When Durotan turned it down, Blackhand and his family were more than happy to take Telmor as their own, even going so far as wearing the clothes and sleeping in the beds of the Draenei they had killed. This ended when the whole of the Orcish Horde was moved to Hellfire Citadel to better carry out the orders of Blackhand. After this, Rend alongside Maim accompanied Blackhand into Blade's Edge, where an alliance of ogres and orcs was made. Eventually, both sons drank the blood of Mannoroth.

During the Second War, Rend served as lieutenant to Warchief Orgrim Doomhammer. He and his brother Maim often questioned Doomhammer's orders, as Orgrim killed Blackhand the Destroyer and took his place as Warchief but never disobeyed any order. However, Orgrim allowed the insubordination because the two brothers were leaders of the powerful Black Tooth Grin clan. Doomhammer ordered Rend to gather his army and freed Zul'jin from Hillsbrad. Rend was successful and later he and his brother were amongst the army who attacked Quel’Thalas.

During the siege of the Capital City of Lordaeron, Rend was ordered by Doomhammer to have his clan break off and chase after the traitorous Gul'dan, who had taken to the sea in search of the Eye of Sargeras. He and his army battled against Cho'gall, but once they learned that Gul'dan had perished within the Tomb of Sargeras they returned to Doomhammer.

Rend and Maim later personally fought Turalyon at the Dark Portal, only to flee when it became evident that the paladin had the upper hand. Rend and Maim took control of the remaining Blackrock orcs and began to rebuild the Horde at Blackrock Spire.

About two years later, the Dark Portal reopened and emissaries from Ner'zhul, led by Teron Gorefiend, were immediately sent to Rend and Main asking them to rejoin the Horde, and to ask to borrow the red dragons held captive by the allied Dragonmaw clan. Rend only laughed and refused. Not only did he call Ner'zhul a coward for staying safe in Draenor while he fought the Alliance with Orgrim Doomhammer, but that Ner'zhul will fail in time. Unable to enter an agreement, Teron left the warchief to his bidding.

Not long after, Nefarian, sent by Deathwing, came to Blackrock Spire and took control of the Blackhand brothers and the forces under their control.

Rend was eventually dispatched by adventurers seeking to overthrow Nefarian.