This article is using {{Card template}}.
See Help:Style guide/Card for how to edit this kind of article.
Edit this article
Ravenous Pterrordax
41191 • UNG_047
Regular 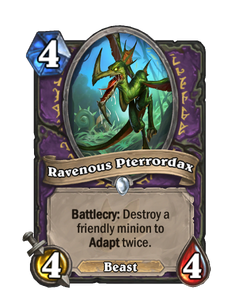 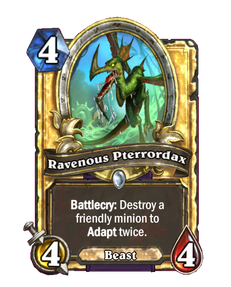 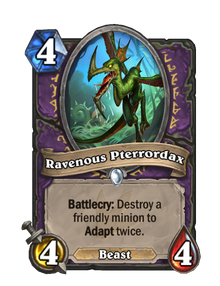 Ravenous Pterrordax is a common warlock minion card, from the Journey to Un'Goro set.

This card fits well in zoo decks where sacrificing measly 1/1s for two Adapts is a price well worth paying. Alternatively, it can be used on deathrattle minions with weak stats and strong effects, especially Devilsaur Egg, which plays on curve.