This article is using {{Card template}}.
See Help:Style guide/Card for how to edit this kind of article.
Edit this article
Ravenholdt Assassin
134 • CS2_161
Regular 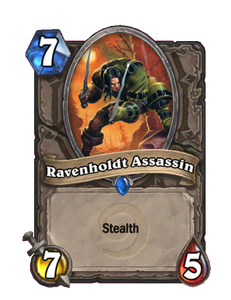 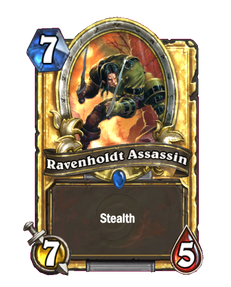 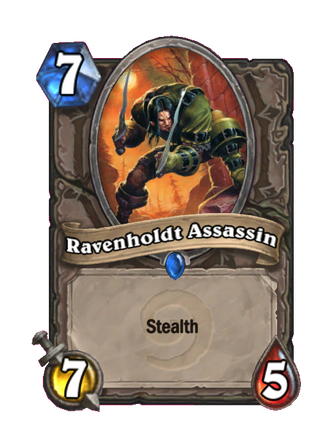 Ravenholdt Assassin is a rare neutral minion card, inducted into the Legacy set, formerly from the Classic set. 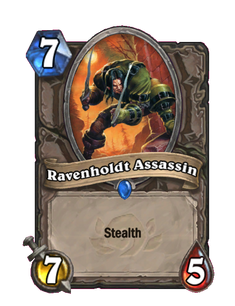 Ravenholdt Assassin can be put on the field without being targetable by hostile minions or spells due to Stealth, making him largely safe from attack until you attack with him. Its 5 health also allows it to survive

Snipe, and survive to fight another turn.

Ravenholdt Assassin first appeared in World of Warcraft. They are the guards of Ravenholdt Manor in Alterac Mountains.

Ravenholdt is a guild of thieves and assassins which welcomes only those of extraordinary prowess into its fold. They are diametrically opposed to the Syndicate and are a rogue-only faction.