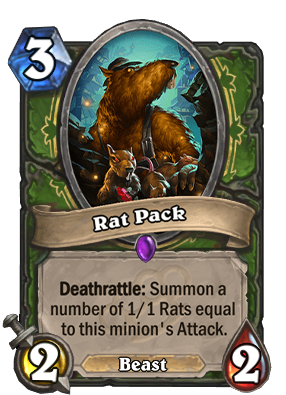 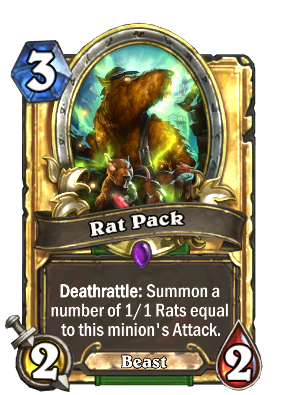 Rat Pack is an epic hunter minion card, from the Mean Streets of Gadgetzan set. 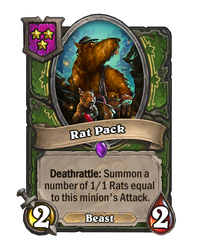 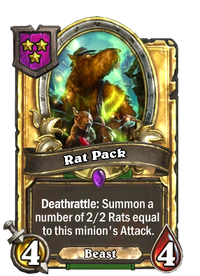 Rat Pack can be obtained through Mean Streets of Gadgetzan card packs, or through crafting. 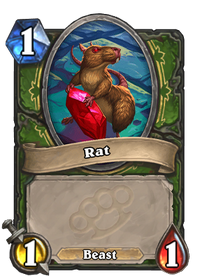 This minion synergizes with cards that increase its attack value, such as Shaky Zipgunner and Houndmaster. You can also use temporary buffs like Abusive Sergeant if you intend to trade the Rat Pack, as this will still spawn more rats. Even without attack buffs, this minion is solid value for its cost, comparable to Infested Wolf.