Quilboar is a type of minion.

Originally added as a bonus minion type for the Battlegrounds mode, several quilboar minions added prior were changed to have the new Quilboar type.

For a list of cards depicting quilboar, see Quilboar art.

Quilboar (also spelled quillboar and sometimes pluralized as quilboars) are a race of aggressive, primitive boar-like humanoids native to Kalimdor and Kul Tiras. They have razor sharp spines protruding from their muscular, hunched backs. These resilient, fearless creatures inhabit the central Barrens of Kalimdor in the labyrinthine maze of thorns called Razorfen Downs.

Some of the quilboar of Hearthstone have formed a biker gang located in Gadgetzan.[1] This quilboar biker gang makes up one of the smaller criminal factions, separate to the three main crime families.[2]

Currently, quilboar have no synergies in Constructed, making them almost effectively tribeless. One small upside is synergy with N'Zoth, God of the Deep. 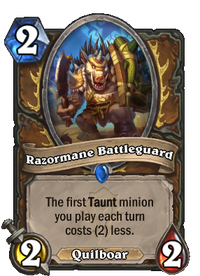 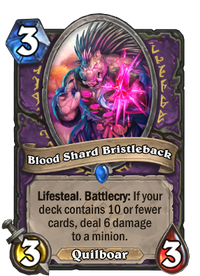 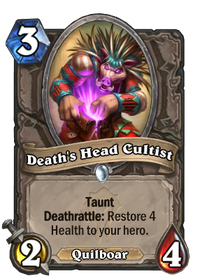 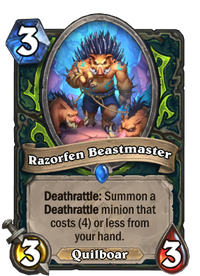 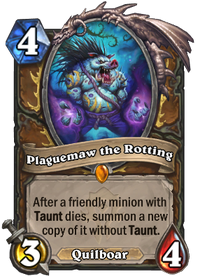 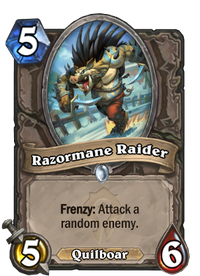 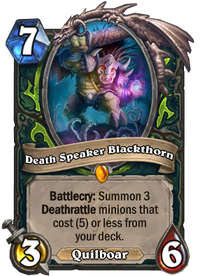 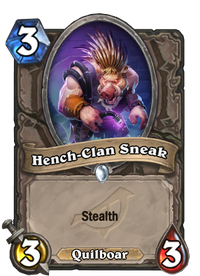 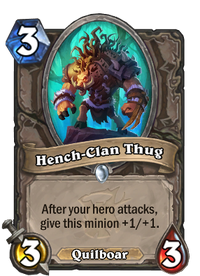 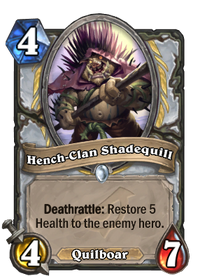 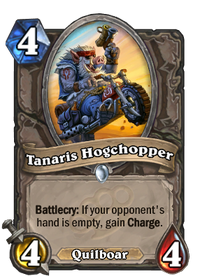 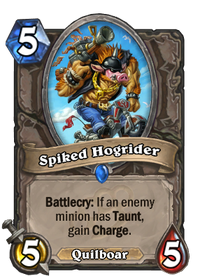 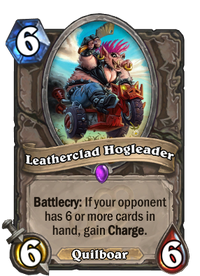