This article is using {{Card template}}.
See Help:Style guide/Card for how to edit this kind of article.
Edit this article
Pyromaniac
50084 • TRL_315
Regular 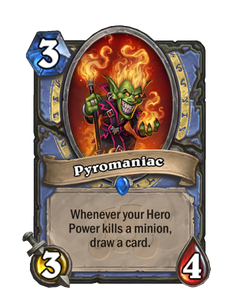 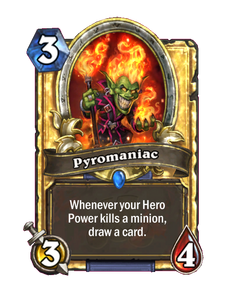 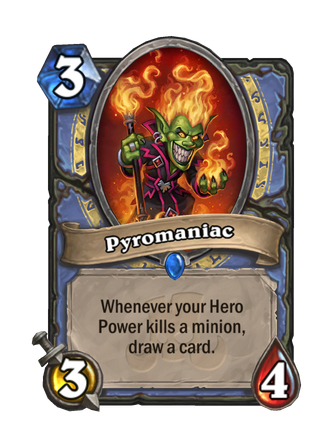 Pyromaniac is a rare mage minion card, from the Rastakhan's Rumble set.

This card synergizes well with Mage's own Hero Power, making it possible to be a 5 mana 3/4 with 1 damage, without costing a card. Also the requirement is the same as

in Odd Mage this is an excellent 3-drop and its effect can be triggered easily.