This article is using {{Card template}}.
See Help:Style guide/Card for how to edit this kind of article.
Edit this article
Pyroblast
1087 • EX1_279
Regular 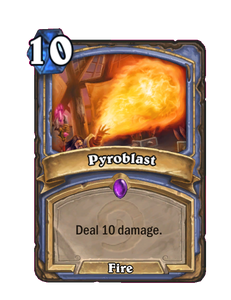 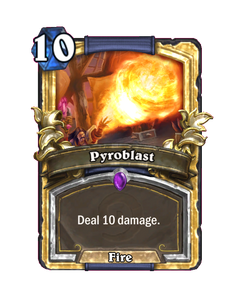 Take the time for an evil laugh after you draw this card. 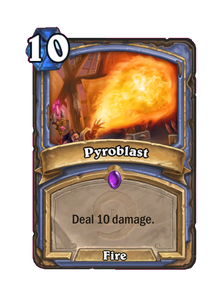 Pyroblast is an epic mage spell card, inducted into the Legacy set, formerly from the Classic set. 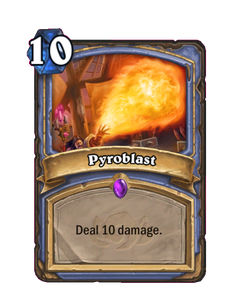 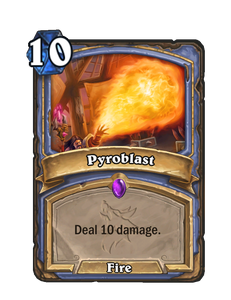 As a 10 mana, 10 damage spell, Pyroblast can be used to great effect for finishing off your opponent. The threat of a surprise Pyroblast forces your opponent to always stay above 10 health. In combination with some Spell Damage minions, you can deal even more damage.

The card usage is only valuable in the very late game due to its high mana cost, allowing for combos to surprise your opponent and turn the tide of a battle.

Pyroblast is a fire mage spell from World of Warcraft. It is the most powerful damage spell available to fire mages, but suffers from a very long cast time. However, achieving a string of critical hits will grant the mage a free, instant Pyroblast cast, allowing them to use this powerful spell in the heat of battle.