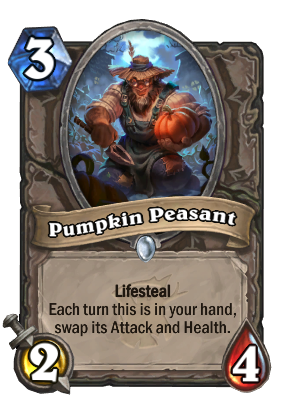 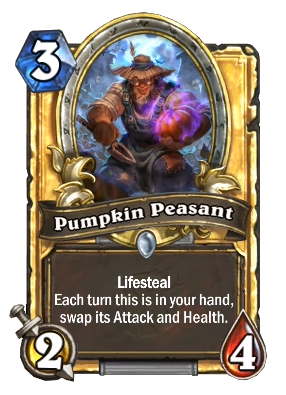 Lifesteal
Each turn this is in your hand, swap its Attack and Health.
Flavor text

Time to squash your opponent.

Pumpkin Peasant is a common neutral minion card, from the The Witchwood set.

Pumpkin Peasant can be obtained through The Witchwood card packs, or through crafting. 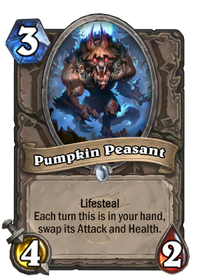 Pumpkin Peasant can be played as either a 2/4 or a 4/2; both forms have subpar stats for the cost, though the 2/4 form is harder to destroy. While the Lifesteal effect can be useful later in the game, this card's poor stat line means it is unlikely to survive long enough to generate an appreciable amount of healing. As such, Pumpkin Peasant is generally considered a relatively poor card in Constructed.

This is a sub-par card in Arena. Lifesteal offers very little value on curve, while both statlines of the card are poor.