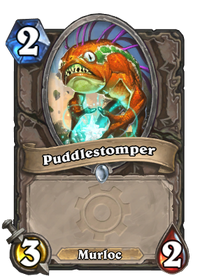 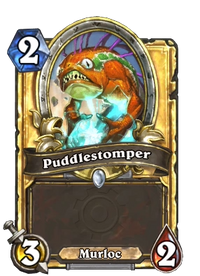 He pays homage to Morgl, the great murloc oracle! (Who doesn't??)

Puddlestomper is a common neutral minion card, from the Goblins vs Gnomes set.

Puddlestomper can be obtained through Goblins vs Gnomes card packs, or through crafting.

A solid 2 cost Murloc, suitable for use in a Murloc deck as a strong turn 2 play. Can deal lots of damage on turn 3 and 4 if not taken care of by the opponent. Puddlestomper has decent stats for its cost, with its lack of abilities or additional effects made up for by its potential synergy with cards like Murloc Warleader and Murloc Tidecaller.

Its best partner is Coldlight Seer to increase its Health and thus its likelihood of surviving. 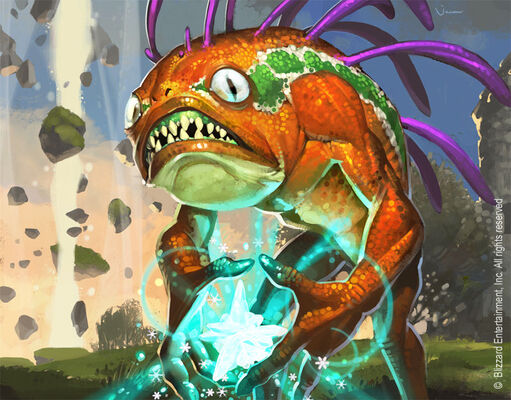