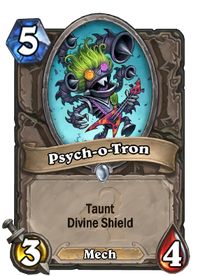 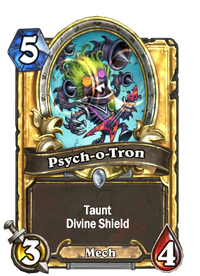 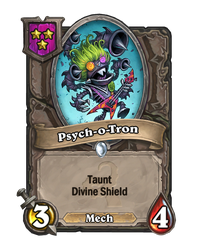 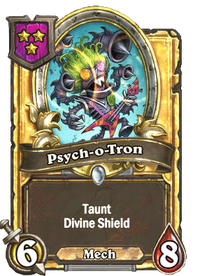 "Annoyinger-o-Tron" was just too unwieldy. And accurate.

Psych-o-Tron is a common neutral minion card, from the Whispers of the Old Gods set.

Psych-o-Tron can be obtained through Whispers of the Old Gods card packs, or through crafting.

This minion is basically a weaker and cheaper Mech-type Sunwalker, or a larger and more expensive Annoy-o-Tron. It can be useful as a fairly resilient Taunt to slow the opponent's attacks, while its type gives it an edge in Mech-synergy decks, although there are far cheaper alternatives for activating effects like Tinkertown Technician.

This is the corrupted version of Annoy-o-Tron. 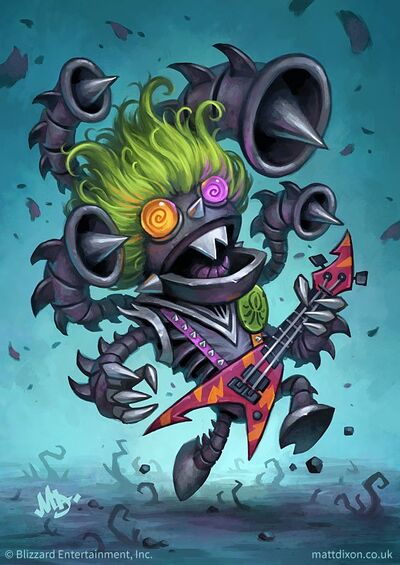