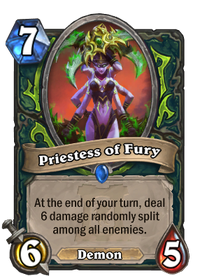 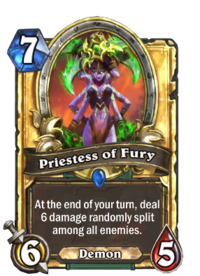 At the end of your turn, deal 6 damage randomly split among all enemies.
Flavor text