This article is using {{Card template}}.
See Help:Style guide/Card for how to edit this kind of article.
Edit this article
Pounce
49990 • TRL_243
Regular 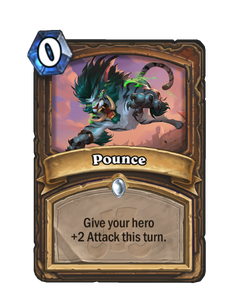 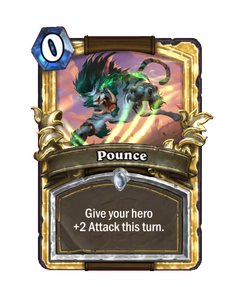 Comes with an overwhelming urge to jump into the nearest open box. 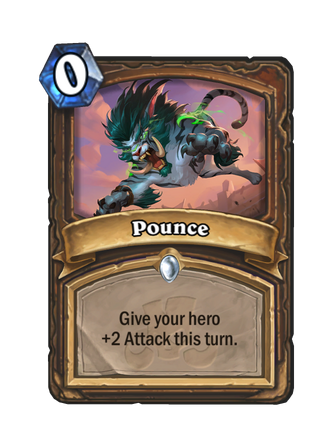 Pounce is a common druid spell card, from the Rastakhan's Rumble set. 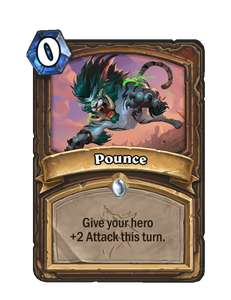 Pounce by itself is similar to the Rogue's

Backstab, acting as a way to deal 2 damage for free.

Spirit of the Raptor,

Pounce was a World of Warcraft druid ability only usable while in Cat Form and Prowl. Using the ability caused the druid to pounce on a target enemy, stunning them, inflicting bleed damage over an extended time period, and generating a combo point. Pounce was removed in Warlords of Draenor.