Edit
watch 02:52
Roblox: DeepWoken - The Loop
Do you like this video?
Play Sound
Plagued Protodrake
Regular 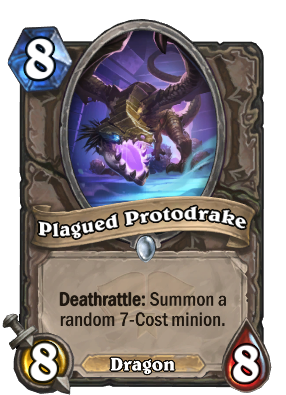 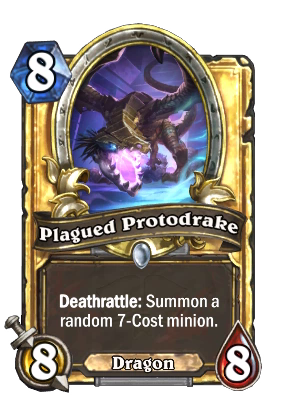 Plagued Protodrake is a common neutral minion card, from the Scholomance Academy set.

Plagued Protodrake can be obtained through Scholomance Academy card packs, through crafting, or as an Arena reward.

Plagued Protodrake provides amazing value - giving you 15 Mana worth of value for just 8. It's also an extremely strong target for Vectus, and has the ability to eat up removal or enemy minions and still leave a 7-drop for your opponent to deal with.

Small in numbers these creatures are mostly used as mounts for the frost vrykuls that serve the Lich King.