This article is using {{Card template}}.
See Help:Style guide/Card for how to edit this kind of article.
Edit this article
Plague of Death
54431 • ULD_718
Regular 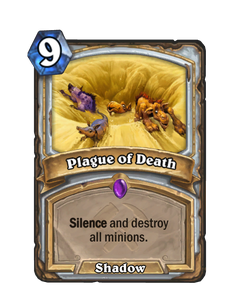 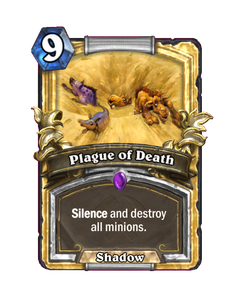 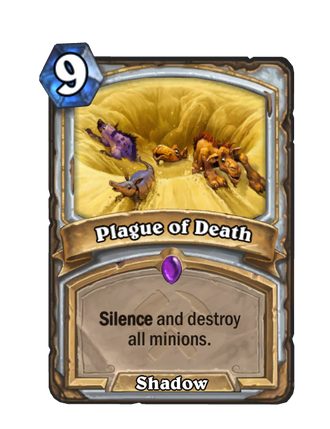 Plague of Death is an epic priest spell card, from the Saviors of Uldum set. 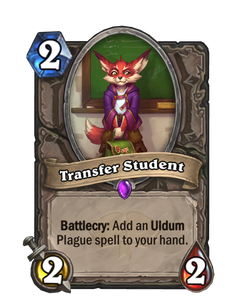 Plague of Death is a powerful and efficient board clear. It wipes the entire board like

Twisting Nether, and the addition of Silence also prevents Deathrattle effects from going off, leaving a clean board. It's a strong control card for this reason, even if it's very expensive. Its high cost can be used to your advantage with cards like

Psychic Scream is comparable to Plague of Death, which offers the same immediate effect for 2 less mana, but giving the opponent a chance to draw the removed minions again and delaying fatigue.

The stakes for our heroes have never been higher. Rafaam is bringing about the end of days, unleashing a series of devastating plagues, like a Plague of Death. Most plagues just wimp out and settle for disease or pestilence or whatever, but this one is just straight-up death. Silenced death. The deathiest death.[1]