Edit
On the Hunt
Regular 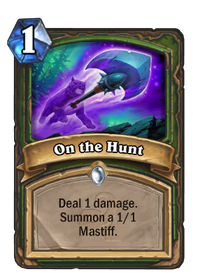 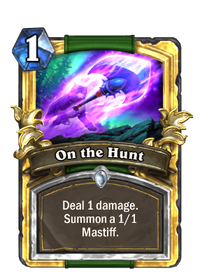 The mastiff giggles if you don't hit any ducks.

On the Hunt is a common hunter spell card, from the Whispers of the Old Gods set.

On the Hunt can be obtained through Whispers of the Old Gods card packs, or through crafting. 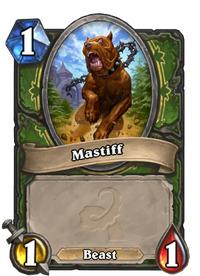 Strong in combination with Hunter's Mark and Kill Command.

This card is essentially Elven Archer, except it's a Hunter spell and the summoned 1/1 minion has Beast synergy.

As of Forged in the Barrens, Wound Prey is a directly better option, since it functions the same, but the summoned Beast also has Rush.

This card represents the connection between hunter and hound, sending a missile and beast hurtling after their quarry, both embodiments of the hunter's will.