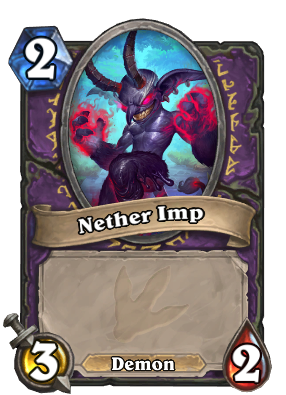 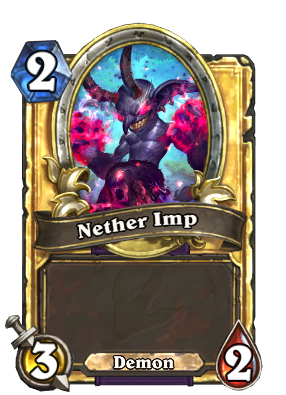 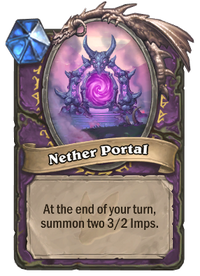 Imps are small, cackling, mischievous demons. Creatures of felfire and trickery considered lowly among demons, they do not pose a large threat alone, and are often underestimated due to their singular lack of toughness. However, when in a group they can quickly replace their fallen and overwhelm their opponents, and their real threat is in how difficult it is to kill every single one of them. Imps emerge from the stomachs of imp mothers.

Despite their lack of physical strength, imps possess powers and a cleverness that serve warlocks well, and the simplest of the summoning spells a would-be warlock can learn is that of the imp. Before they are imparted to this, the warlock must prove that they have the necessary magical and physical ability.

Not much is known about the imps' background or history, but at least some of them are known to dwell on the planet Xoroth. Daglop claims that on "[his] world", imps are tortured for fun.

Imps can phase shift into the Twisting Nether. All imps are afraid of rainbows. Some imps speak exclusively in rhyme. Many imps prefer to bring their own cup with them. Some theorize that an ancient imp-like race revered their drinking vessels as something sacred, and part of that ritual remained even after they were indoctrinated into the Burning Legion. There is a legend claiming that Azeroth may be home to ancestors of the imp race who never joined the Burning Legion.