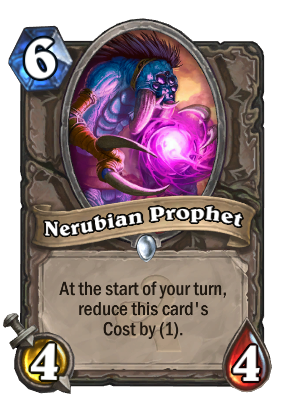 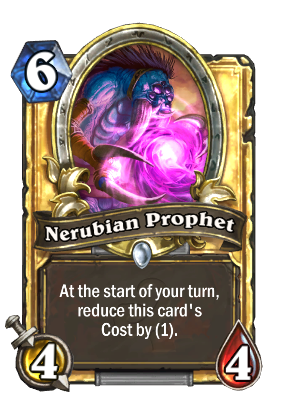 At the start of your turn, reduce this card's Cost by (1).
Flavor text

Nerubian Prophet is a common neutral minion card, from the Whispers of the Old Gods set.

Nerubian Prophet can be obtained through Whispers of the Old Gods card packs, or through crafting.

Nerubians are an ancient race of intelligent arachnoids native to Northrend within the kingdom of Azjol-Nerub.