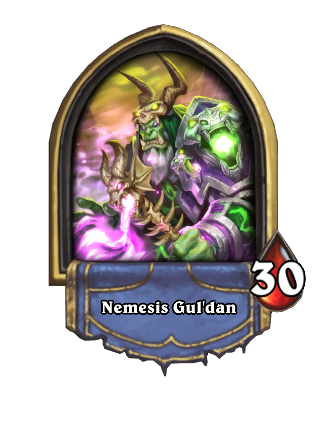 Nemesis Gul'dan is a hero skin for the warlock class.

Once unlocked and selected for use, Nemesis Gul'dan replaces Gul'dan whenever the player uses a Warlock deck, as well as:

When viewed in the Collection, Nemesis Gul'dan has the following flavor text:

For all of his faults, Gul'dan never had any illusions about how he was perceived by the rest of the Horde. Obtained by completing the Tavern Regular achievement.