"Join forces with a friend to take down Nefarian. Again. Anduin teams up with newcomer Morgl in this new cooperative Tavern Brawl!"

The third cooperative Tavern Brawl, Nefarian Rises functions similarly to its predecessors Unite Against Mechazod! and Return of Mechazod!, but is not thematically related. 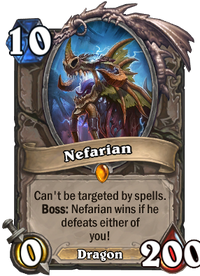 This cooperative Brawl sees players working together to defeat Nefarian, a special boss minion. Each turn, Nefarian will swap which side of the board he is on, allowing the currently active player to attack him. However, not content to provide target practice for the players, at the end of each turn Nefarian will cast a special spell of his own, attempting to defeat the players.

Nefarian himself is a special minion with 200 Health. Nefarian starts with 0 Attack, but as soon as his Health reaches 160 he will become temporarily Immune, gain 5 Attack and cast Elemental Eruption, dealing 4-6 damage to all other minions. Nefarian becomes immune a second time at 60 Health, when he gains another 5 Attack (for a total of 10) and casts Twisted Light, healing himself 30 Health and dealing 30 damage to all other minions. Reaching the "glorious finale" also empowers Nefarian's spells, making them deal even more damage. If the players can bring him to 0 Health, he will be destroyed and the players will win the Brawl. However, if Nefarian defeats either player both players will lose the Brawl, making cooperation vital. If either player concedes/disconnects, both players will also lose.

At the start of the match the players are randomly chosen to play as Anduin (priest) and Morgl (shaman). Each player receives a premade deck as well as the standard Hero Power for their class. The decks contain a mix of regular cards and powerful Tavern Brawl cards, with the cards provided allowing for some very powerful combinations if the two players can work together. 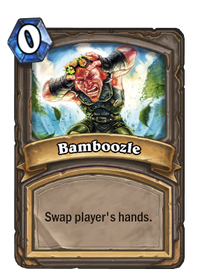 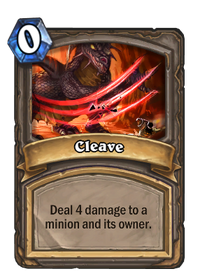 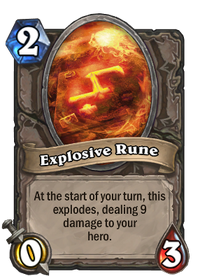 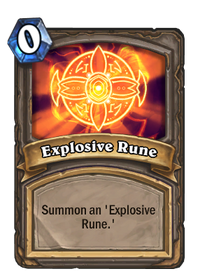 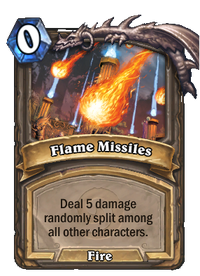 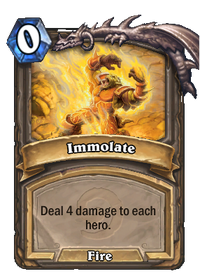 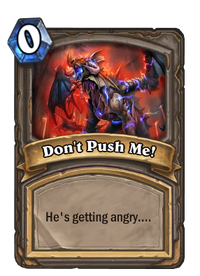 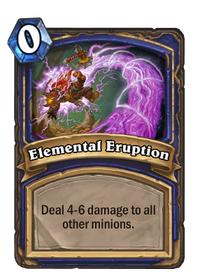 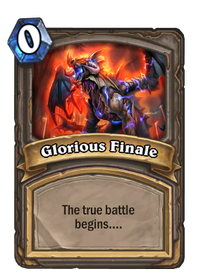 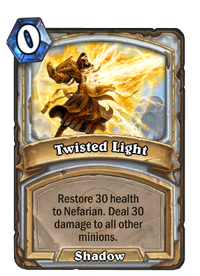 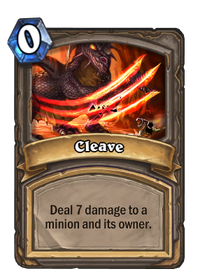 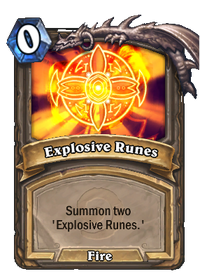 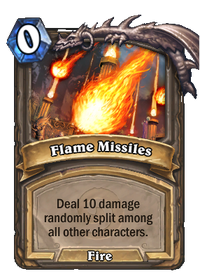 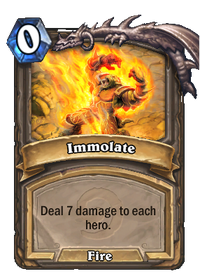 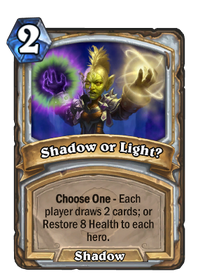 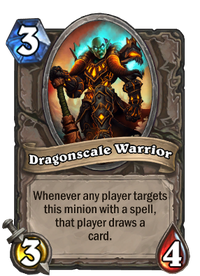 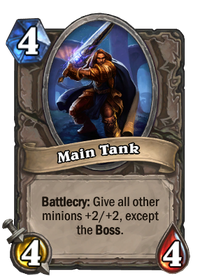 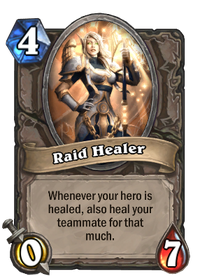 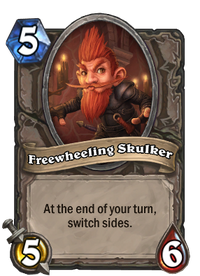 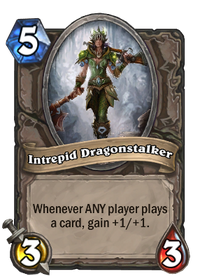 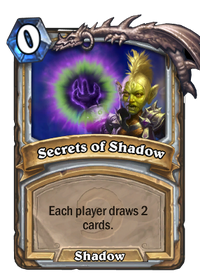 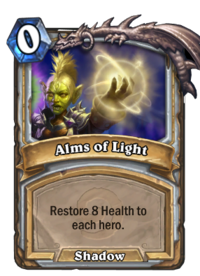 A win percentage of 90-100% can be achieved in this particular Tavern Brawl, notwithstanding people who concede early and/or intentionally try to lose. A lot more control is provided to both players, compared to the first two cooperative Brawls Unite Against Mechazod! and Return of Mechazod!, due to the various options both players have for healing and surviving damage. The key to victory in this Brawl lies mainly in surviving Nefarian's damage output in the early game, and continuously buffing a powerful minion in the midgame. The primary goal is to buff up a single minion to survive Nefarian's devastating area of effect damage spell Twisted Light, which deals 30 damage to all minions, which is cast when Nefarian reaches 60 health, and then proceeding to launch the final assault on Nefarian. As Nefarian lacks instant-kill effects such as Assassinate, a buffed minion will prove incredibly deadly to him.

Turn 1
I am the master here!

Don't Push Me!
Hahahahaha... Behold! The true power of Nefarian!

Glorious Finale
Heheheheheh... You made it to the glorious finale!

Unknown
I have tried to be an accomodating host, but you simply WILL NOT DIE!
Time to throw all pretense aside, and just KILL YOU!

This Brawl recreates a World of Warcraft-style raid on the mighty black dragon. For background lore, see Nefarian.