This article is using {{Card template}}.
See Help:Style guide/Card for how to edit this kind of article.
Edit this article
Mysterious Stranger
71189 • Story_07_Stranger_003hb
Regular 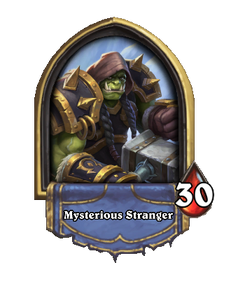 Click here for full resolution image
He speaks ill of Grommash Hellscream and his efforts to free the imprisoned orcs. But why?
Boolean tags
HIDE_WATERMARK

This article is using {{Card template}}.
See Help:Style guide/Card for how to edit this kind of article.
Edit this article
Mysterious Stranger
71189 • Story_07_Stranger_003hb
Regular

Click here for full resolution image
He speaks ill of Grommash Hellscream and his efforts to free the imprisoned orcs. But why?
Boolean tags
HIDE_WATERMARK

Mysterious Stranger is the third boss in Shaman's Book of Heroes adventure. 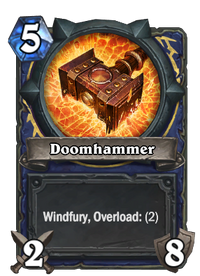 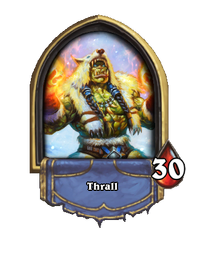 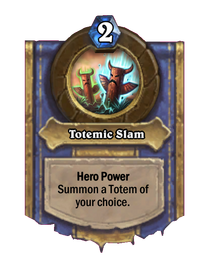 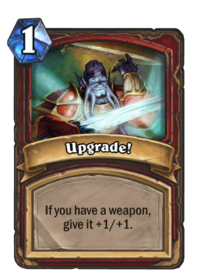 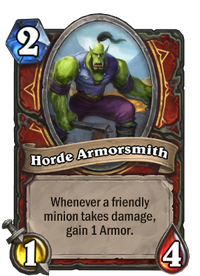 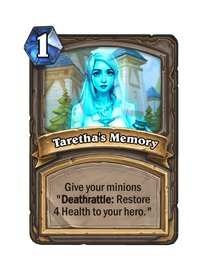 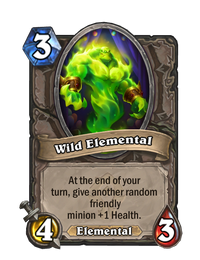 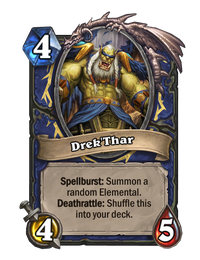 Thrall (present)
▶️My days with Drek'Thar and the Frostwolf Clan passed peacefully. But I heard tales of an orc warrior who had never been captured - Grommash Hellscream.
▶️I wanted to join him in liberating the rest of our people. However, a mysterious stranger insisted on opposing me...

Mysterious Stranger
▶️Hellscream is a fool. We have all seen what the humans can do... the bloodshed...
Thrall
▶️I was raised by humans! We know things they do not. We must not be bound by fear!

Mysterious Stranger
▶️There is a spark in you. Good.

Mysterious Stranger
▶️Yes, face my hammer!
▶️Can you stand up to me?
▶️How much fight can you bring?

Mysterious Stranger
▶️You are only just learning your history.
▶️Should the orcs revolt, it will mean another war...
▶️Do not ask me about my own clan… Theirs was a hard fate.

Thrall
▶️I will not be silent!
Mysterious Stranger
▶️See if you can take me, whelp!

Mysterious Stranger
▶️The Frostwolves are right to hide from the humans, far from the danger.
Thrall
▶️So long as one orc is in danger, we all are!

Thrall
▶️Our people must be free!

Mysterious Stranger
▶️Why must we suffer so much for so little? For valor? Bah.

Mysterious Stranger
▶️I wonder... was I wrong to come here to meet you?

Orgrim Doomhammer was the Warchief of the Old Horde and Chieftain of the Blackrock clan during the end of the First War and the entirety of the Second War. The orcish capital of Orgrimmar, the Horde-controlled town of Hammerfall in the Arathi Highlands, and the flying battleship Orgrim's Hammer patrolling the skies of Icecrown, are named in his honor. He was also known as the Backstabber by loyalists of Gul'dan and Blackhand.

After the defeat at Blackrock Spire, Doomhammer was captured and held as an oddity (by his own words) in the palace of King Terenas of Lordaeron. On his side, Terenas fervently hoped that a treaty could be arranged with the former warchief. However, Doomhammer was able to escape easily from Capital City's Undercity, and went into an internment camp, where he saw what had become of his people. Rather than the bloodthirsty warriors he had led in battle, Doomhammer found only lethargic, wasted souls. Despairing, Doomhammer very nearly fell victim to the lethargy himself, but managed to retain enough of himself to escape from the internment camp. He lived as a hermit in the less-traveled areas of Lordaeron, until one day, he was contacted by Drek'Thar of the Frostwolf clan.

The elder shaman informed Doomhammer that there was a young orc staying with the Frostwolves high in the mountains of Alterac. This orc, discovered to be the long-lost son of Durotan, had escaped after being raised a slave by humans and had begun searching for his people. Durotan's son, Thrall, was determined to find a way to free the captive orcs and restore them to their former glory. Orgrim had heard of this Thrall before from Grommash Hellscream, whom Thrall had met before he began searching for his clan. Hellscream had nothing but good things to say about the youth.

Intrigued, Doomhammer paid a visit to the Frostwolves to see Thrall for himself but made it clear beforehand that he didn't want Thrall to know who he was. When Doomhammer arrived nobody referred to him by name or told Thrall about him. When Thrall met Doomhammer that night, he did not realize he was dealing with the former leader of the Horde of whom he had heard so many great things; he only saw a strange orc warming himself by the fire. As the night wore on, Thrall became increasingly annoyed by the secretive demeanor of the stranger, and by his talk of how there was no point in trying to fight the humans. When Thrall insisted that the freedom of the orcs was worth fighting for, the stranger asked him what he was doing hiding in the mountains with the other Frostwolves if he really believed that. Becoming angrier, Thrall argued that he would travel south in the spring to join Grom Hellscream and the Warsong clan, that together they would storm the camps and liberate all of the orc prisoners. The stranger scoffed at the notion and contemptuously dismissed Hellscream as a "demon-ridden dreamer." Thrall had heard enough and challenged this stranger, who had repaid the hospitality of the Frostwolves with insults, to single battle. This was precisely what Doomhammer had hoped would happen. He had implied the Frostwolves were cowards and that the orcs as a race could not defeat the humans in order to see whether Thrall would stand up for his clan and people, and Thrall had not disappointed him. Now Doomhammer would see whether Thrall's fighting skill was equally impressive.