This article is using {{Card template}}.
See Help:Style guide/Card for how to edit this kind of article.
Edit this article
Mother Shahraz
60162 • BTA_BOSS_08h
Regular 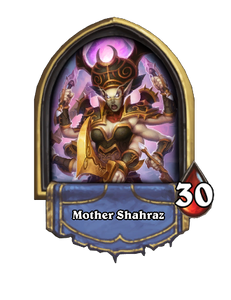 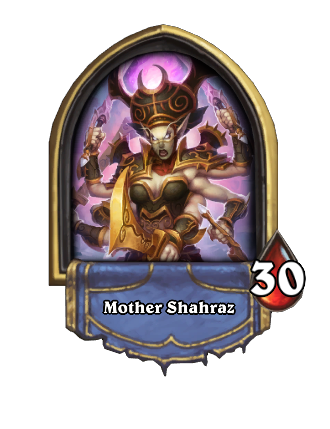 Mother Shahraz is the fourth and final boss encounter in Chapter 2: To the Black Temple of Trial by Felfire Story. 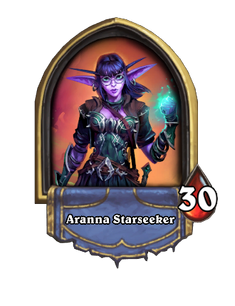 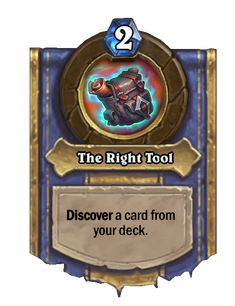 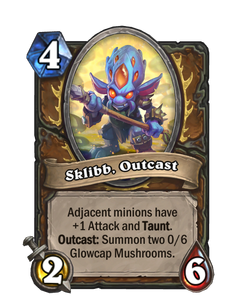 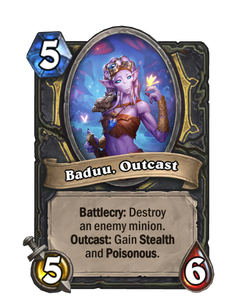 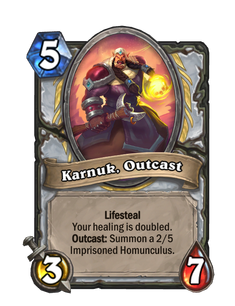 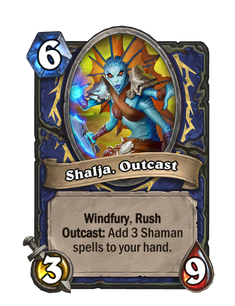 Together these brave Outcasts stand, they must prove their worth to him firsthand. Against the shivarra they must win, only then can their training begin.

As the final boss of Chapter 2, Mother Shahraz is no short of a tedious ordeal due to the way her Hero Power works. For the first damage taken each turn, it's prevented and deflected back to the dealer; allowing her to attack your minions with ease while mitigating rushes. While not impossible, it would require massive board control to overcome Mother Shahraz, lest she makes quick work of your minions before crushing you.

Focus on getting good value trades with your minions, as you try to build a wide board. She'll grow weaker as you go into the late-game. Once you do have a wide board, ideally ≥5 minions, you can then attack Mother Shahraz directly. Remember to always attack with the weakest minion first to absorb the reflected damage from

Parry and Riposte. Alternatively, the minion with the most health can also do, prioritising those with less Attack.

Illidan Stormrage
They braved the wastes, I heard their plea. But could they prove their worth to me?

Aranna Starseeker
So this is the Black Temple... We're here!
Mother Shahraz
And yet you may not enter.

Mother Shahraz
Your words won't save you.

Mother Shahraz
Ha! Nice try!
I'm not impressed.
That was a mistake.
You'll have to do better.

Mother Shahraz
I'm not sure you're worthy of this place.
Illidan chose me for a reason. You have no chance.
You sure you don't want to just... give up?

Illidan Stormrage
A ragged gang, misplaced, distressed. You want my help? Then pass this test!

Shalja, Outcast
We can beat her. We have to.
Baduu, Outcast
Fight carefully, Aranna. What is a demon doing here?

Baduu, Outcast
This is all wrong, don't you see him? This "Illidan" is half-demon!

Turn 4 - Baduu is drawn, then discarded

Baduu, Outcast
I must go, this monster's not right- No diff'rent than the foes we fight.
Aranna Starseeker
Baduu, stay! She's doomed on her own... (Baduu, Outcast is discarded from the player's hand)
Karnuk, Outcast
It's her choice.
Shalja, Outcast
We've found our new home.

Prepare to be cut down.

Illidan Stormrage
Who are these outcasts fleeing war? What brought them, desperate, to my door?
Mother Shahraz
I wasn't finished...

Mother Shahraz is a shivarra boss located in the Den of Mortal Delights in the Black Temple. Besides requiring high amounts of Shadow Resistance, the fight is rather basic tank and spank. All previous bosses (Shade of Akama,