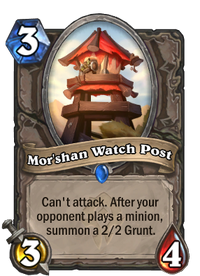 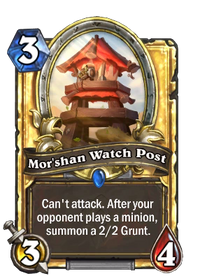 Can't attack. After your opponent plays a minion, summon a 2/2 Grunt.

Mor'shan Watch Post is a rare neutral minion card, from the Forged in the Barrens set.

Regular Mor'shan Watch Post can be obtained through Forged in the Barrens card packs, through crafting, as an Arena reward, or through the Highest Rank Bonus chest at the end of a Ranked season. 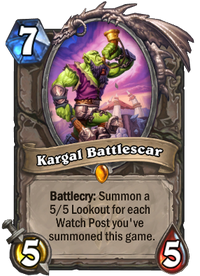 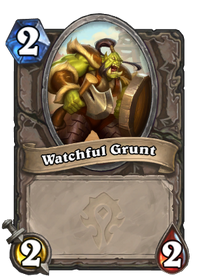