This article is using {{Card template}}.
See Help:Style guide/Card for how to edit this kind of article.
Edit this article
Misha
63836 • Story_02_Misha
Regular 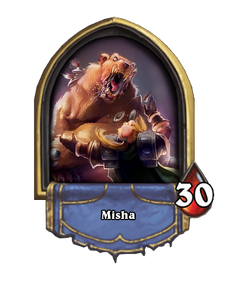 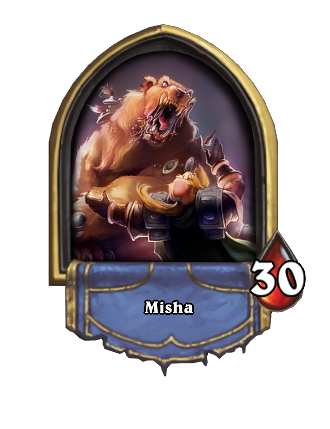 For the minion of the same name, see

Misha is the third boss in Hunter's Book of Heroes adventure. If the bear trap kills her the battle ends in a draw so it must be killed. 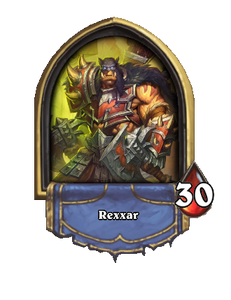 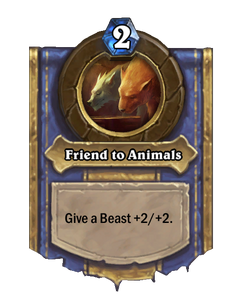 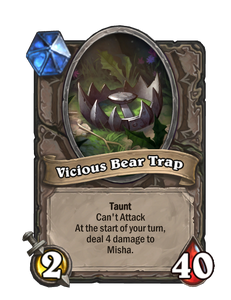 Rexxar (present)
Fighting for the Horde took me through the Dark Portal to the distant world of Azeroth.
I knew nothing of the people there, only that the Warchief wished them gone. But even he fell, in time.
After two of their wars, I had no more taste for it. My only solace was in the wilds.

Misha
(big growl)
Rexxar
What a magnificent beast!
I will tame you, though it may take some time.

Rexxar
You are the first "civilized" being I've met for a long while.

Rexxar
You fight because you are scared. I am the same.

Rexxar
We ought to be friends. I have no others.

Rexxar
I knew you'd come around. I will look after you now. Neither of us has to be alone anymore.

Rexxar's trusted companion, Misha, is a bear who will fight at Rexxar's side whenever she is called upon. Misha battles ferociously, and loyally follows Rexxar to every location he travels to. Rexxar is very protective of Misha when they enter civilized areas, and ensures that the bear stays close to him.

During the events of Cycle of Hatred, Misha found the body of Byrok and agreed to carry him on her back to Orgrimmar.