This article is using {{Card template}}.
See Help:Style guide/Card for how to edit this kind of article.
Edit this article
Mindgames
145 • EX1_345
Regular 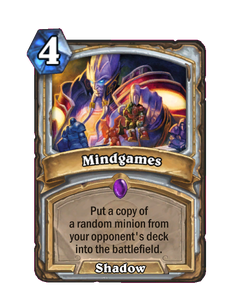 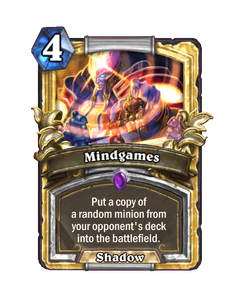 Dimensions: Full • 330 x 410px
Put a copy of a random minion from your opponent's deck into the battlefield.
Flavor text 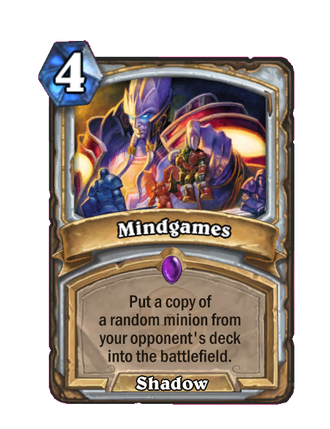 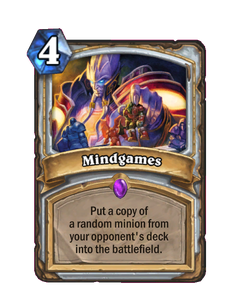 If you play Mindgames and your opponent has no minions left in their deck, you will summon a

Shadow of Nothing to the field. 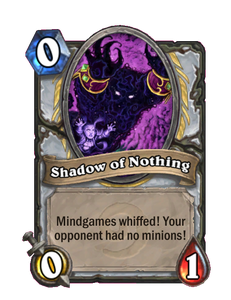 Mindgames can be used to grant you some strategic knowledge of your opponent. For example, any minion copied by Mindgames is currently in your opponent's deck, waiting to be drawn. Outside of arena, this means that if they have already played one of this minion, or if the minion is a legendary, you can be sure that they do not have one of that minion in their hand, while if they have only a few cards remaining, you can be certain that that minion will be drawn soon. If the

Shadow of Nothing is summoned, this lets you know that they have no more minions to draw, which can be tactically critical. However, remember they may still have minions left in their hand.

One of the best possible minions to summon is

Ragnaros the Firelord since it can immediately deal damage. This can be devastating in the early game because it will be hard for the opponent to remove.