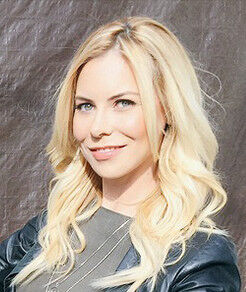 Michele Morrow is a voice artist, actress and writer. She voices Alleria Windrunner in Hearthstone.[1] 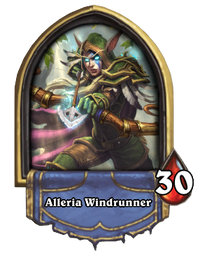 Morrow is a known guild and raid leader in World of Warcraft, and has twice been recognised by the creation of tribute NPCs in the game: Mei Chele and Mychele Morrowsong. She achieved multiple server firsts during Wrath of the Lich King, and also plays Heroes of the Storm.[2]

Morrow has presided at a number of Blizzard events, including co-hosting the global premiere of the 2016 Warcraft film.

Morrow has a special connection with Sylvanas Windrunner, and is a staunch supporter of the Horde. She states, "World of Warcraft transformed my life in the most unexpected of ways. It's odd to say that a video game character changed my life, but Sylvanas Windrunner's story resonated at a time when I really needed it." A World of Warcraft community spotlight article tells how she first found the game:[2]

"One fateful day in 2007, Michele Morrow experienced an accident that almost killed her. For the following year-and-a-half, she lived in a neck brace, spending long hours on a couch or in a hospital awaiting surgeries and looking for things to do that might keep her away from the brink of despair.

It was then that her boyfriend gave her a copy of World of Warcraft, and everything changed for Michele. She played, and she met people online, and she found herself swept away into the sorts of game experiences that we all know and cherish. She also found communities that included players who were sick or injured. Together with others in World of Warcraft, she found healing."