Mercenaries is an upcoming new game mode in Hearthstone. It is scheduled to release on October 12, 2021.[1]

Unlike other game modes whose main entites are cards, which are based on traditional Constructed cards, Mercenaries features completely new controllable entities called mercenary (merc for short), and a turn-based RPG-like combat system, along with their unique PvE and PvP content. Mercenaries also has tasks, which are equivalent to quests in traditional Hearthstone, except the fact that they reward items exclusively to Mercenaries mode.

Mercenaries will be accessible in the main menu, making it one of the three main game modes alongside Constructed and Battlegrounds.

Village is the main hub of Mercenaries and also the first scene when you visit the mode. Village consists of buildings that have different functionalities which grants you access to different content of Mercenaries. In brief overview:

Mercenary (or merc) is the main character the player will control in any Mercenaries game. A merc consists of three familiar attributes, attack, health, and minion type. A merc can also has a role. Currently, the role can be either caster with blue frame, protector with red frame, fighter with green frame.

To let the mercs interact with others, each merc has three abilities. Their effects can be varied, from letting merc attacking an enemy like minion-attacking-minion combat in Constructed, dealing damage, giving mercs new effects, to restoring health.

To play a Mercenaries game, the player needs to bring a team consisting of 6 mercs, which is equivalent to deck. It does not have any other limitations, the player can bring mercs of any role, any level. A team can even have only one role. After a game, regardless the outcome, mercs will gain experience, which is used to level up, incrementing their base attributes: attack and health. At certain levels, one of their abilities will be unlocked, allowing the merc to have more variety of choice during combat.

Ability acts as a possible merc's action of choice. They function like cards, except with their unique keywords. Each ability can also belong to a spell school, which has names similar to those in Constructed like Holy, Shadow,...

Unlike cards, ability has two attributes: speed and cooldown. Speed determines the order of the combat; ability with the lowest speed will get to resolve first. If there are abilities with the same speed, randomness will decide the order. Cooldown is the number of turns needed to pass before the player can use the ability again. Abilities with at least 1 cooldown are unavailable at the start of game.

Mercenaries is a turn-based role-playing game that allows the player to bring a team of 6 mercs. At the start of game, they appear in the player's hand, where they can drag 3 of their mercs into battlefield for combat. They cannot be returned to hand once in battlefield. The rest of mercs are put in bench and wait until one of the player's merc dies in combat. Then, each turn of a Mercenaries game can be described as followed:

In Travel Point, the player can take participate in bounties, which is equivalent to solo adventures. Each bounty consists of a procedurally-generated series of encounters before culminating in the bounty boss. These encounters can be either fights, Spirit Healers, boons, additional characters, or a rule change applied to the ongoing bounty. After each fight in a bounty, the player can choose a treasure that only lasts for that bounty.

Mercenaries introduces a unique collection system seperated from tradition. The player can visit their Mercenaries collection in Tavern, where they can see which cards they own and the number of their coins the player has beneath each card. The player can also create a team and check the teams they created.

On top of that, all of these items can also be obtained by completing tasks in Campfire.

Each merc has a permanent leveling system. All mercs start at level 1, which can be leveled up by earning experiences after a game is completed, regardless of the result of that game or the merc is in bench. Leveling up a merc increments their base attack, health, or both attributes. It is currently unknown the maximum level for merc.[citation needed]

At a merc's certain level thresholds, one of their abilities will be unlocked automatically and the functionality to upgrade it using their coins.

If the player is new to Mercenaries, they will be redirected to a bounty tutorial, guiding through the basic gameplay elements of a Mercenaries game.

After completing the bounty tutorial, the player will be redirected to Village and introduced the functions of each building. After the player unlocks Campfire, the player receives a series of introducy tasks. Ultimately, the player is rewarded 8 free mercs to start with custom teams. 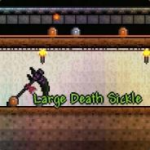