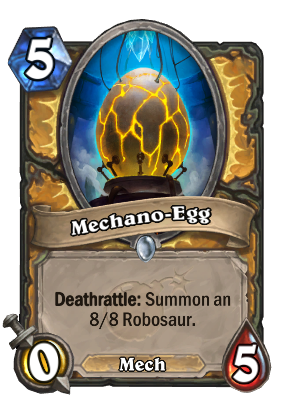 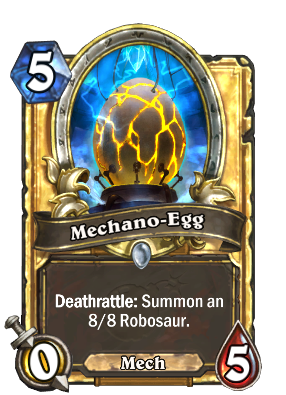 When you need more iron in your diet.

Mechano-Egg is a common paladin minion card, from The Boomsday Project set. 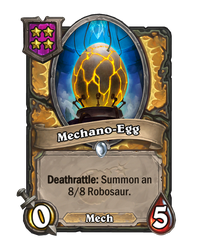 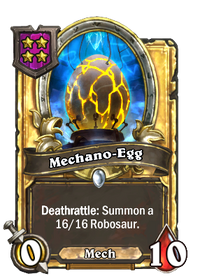 Mechano-Egg can be obtained through The Boomsday Project card packs, or through crafting. 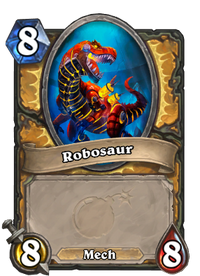 One of the largest of the egg-type minions in the game, it does nothing on its own but if it can be given Attacks buffs or Taunt it can trade with other minions to hatch the powerful Robosaur within. Being a Paladin card, it has easy access to buffs. It's also a Mech, which means it can be combined with Magnetic minions. It can also be used to recover from full board clears from cards like Equality/Wild Pyromancer or Shrink Ray.

It synergizes well with Kangor's Endless Army, resurrecting a buffed high-health minion with a sticky Deathrattle.

The Emperor Wraps from Making Mummies is extremely powerful on this card. Once obtained, it turns Mechano-Egg an extremely powerful sticky minion, forcing the opponent to destroy the eggs to stop it from being duplicated while having to deal with the resulting 8/8, spelling defeat for the opponent if they can't deal with multiple areas of threats it produces in one fell swoop.