This article is using {{Card template}}.
See Help:Style guide/Card for how to edit this kind of article.
Edit this article
Master of Evolution
39008 • OG_328
Regular 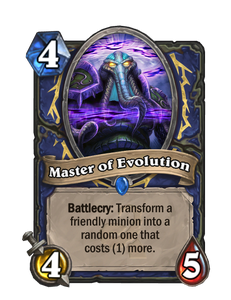 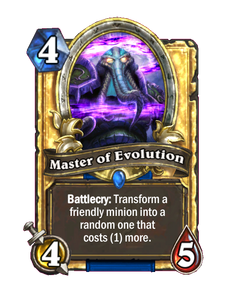 Will be really useful in the new "Hearthémon" game. 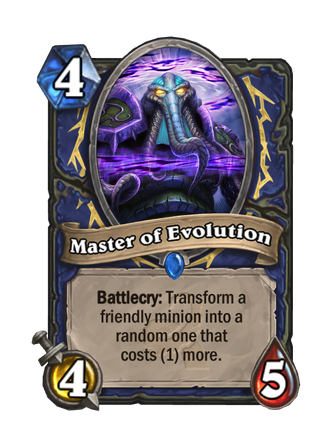 Master of Evolution is a rare shaman minion card, from the Whispers of the Old Gods set.

This minion is a faceless one.