This article is using {{Card template}}.
See Help:Style guide/Card for how to edit this kind of article.
Edit this article
Mass Dispel
1366 • EX1_626
Regular 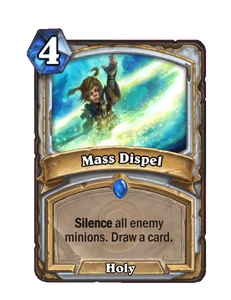 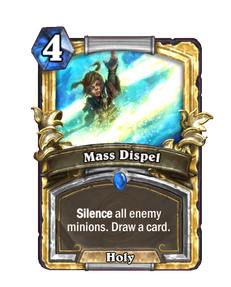 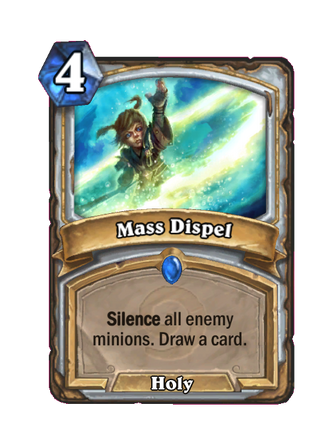 Mass Dispel is a rare priest spell card, inducted into the Legacy set, formerly from the Classic set. 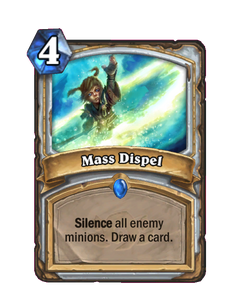 Applies the Silence effect on all enemy minions which is useful when your opponent has many minions with powerful effects on the field. A well-timed Mass Dispel can render a shaman's totems useless. It is also useful against deathrattle minions.

In World of Warcraft, Mass Dispel is a priest spell that dispels magic within a 15 yard radius of the targeted area, dispelling all harmful debuffs from friendly targets and 1 beneficial buff from enemy targets, affecting up to 10 friendly and 10 enemy targets. An extremely powerful utility spell, it can be used to great effect to remove dozens of buffs and debuffs in a single cast.