This article is using {{Card template}}.
See Help:Style guide/Card for how to edit this kind of article.
Edit this article
Marin the Fox
45988 • LOOT_357
Regular 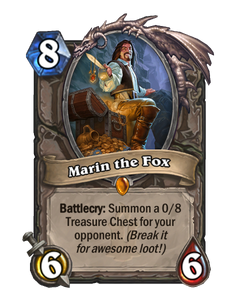 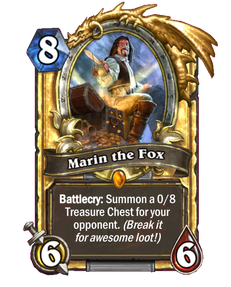 My name is Marin the Fox. You took my treasure. Prepare to die. 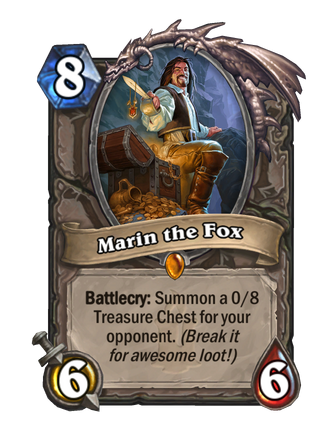 Marin the Fox is a legendary neutral minion card, from the Kobolds & Catacombs set.

Regular and golden Marin the Fox are uncraftable and cannot be crafted or disenchanted. 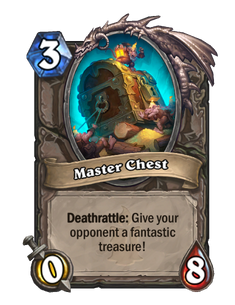 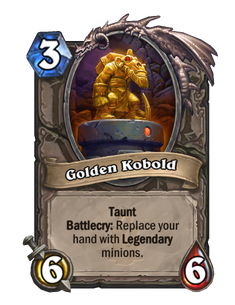 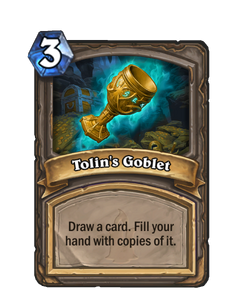 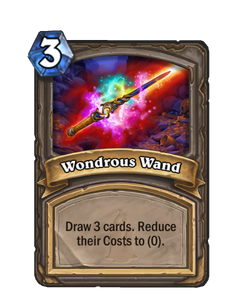 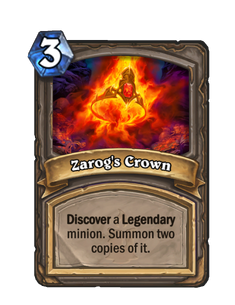 This minion's true strength, due to being weak for its cost, lies in its Battlecry. The treasure chest it spawns can give you some of the most powerful cards in the game. However, due to the chest's high health, you'll need a strong move to destroy it.

Crazed Alchemist. On turn 10, you can play Marin, then the

Crazed Alchemist to instantly destroy the treasure chest. Priests have more ways to destroy the chest such as

Shadow Word: Pain and the most effective method of them all,

Inner Fire. A true OTK can be accomplished with

While the chest is harmless on its own, the enemy can buff the chest with cards like

Bonemare to turn it into a sturdy minion, or use it for the aforementioned one-hit kill against a Priest. Warlocks can even use

Treachery to give the chest to their opponent, before breaking it and stealing the treasure for themselves. Marin should be played with caution if you suspect the enemy is running these sorts of cards. Be careful against Paladins, since they can turn the Chest against you with powerful buffs (

Spikeridged Steed) or even help them complete

Marin's power level is similar to other legendaries;

Gelbin Mekkatorque. While it won't backfire or potentially give the enemy an advantage, the sheer range of outcomes he can produce and overall high mana cost makes him less viable in a competitive deck, even as a value play.

Heistbaron Togwaggle's Battlecry offers the same treasures as Marin, and is a largely superior version as Togwaggle's treasures can be obtained much easier and more reliably, as well as allowing to choose the treasure best suited for the situation.

Marin is unique to Hearthstone.

Legendary adventure requires legendary adventurers, and Marin the Fox is an adventurer’s adventurer! This cunning rogue knows the ins and outs of every dungeon, and he’s delving deep into the Catacombs in search of a storied chest brimming with ridiculously powerful magical items.[1]