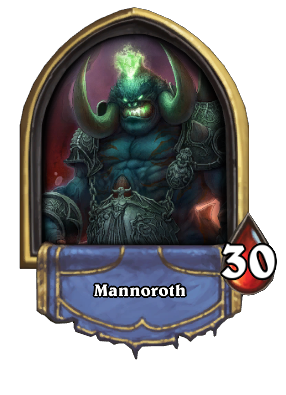 Betray the demons and defeat their commander.

Mannoroths is the third boss in Demon Hunter Prologue mission. 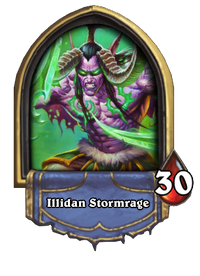 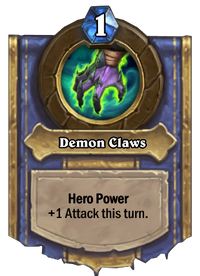 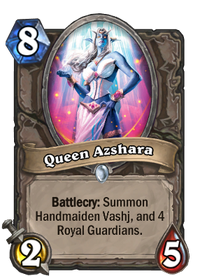 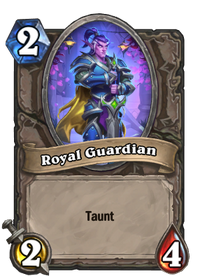 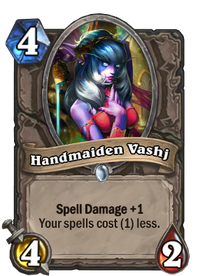 Illidan Stormrage (present)
I learned the ways of the demons and gained their trust. But when the time was right, I returned to my loathsome brother. I needed his power to help me close the portal forever.

Mannoroth
Pitiful elf! You were never to be trusted.
Illidan Stormrage
That was your master's mistake, not mine.

Mannoroth
The master will teach you fear.

Mannoroth
If the fight fails, the drinks are on me.
When Sargeras walks here, your kind will crawl like worms.
Your destiny is to be forgotten.

Malfurion Stormrage
Much has separated us, but now we fight as one.
Illidan Stormrage
The things I do for victory.

Malfurion Stormrage
I hardly know you anymore, Illidan. So much rage in your heart.
Illidan Stormrage
It was always there. You never looked.

Mannoroth
Your gifts are wasted on this!
Illidan Stormrage
I've heard that one before.

Mannoroth
The portal is almost complete! The master approaches!

Mannoroth was the barbaric leader of the pit lords when Kil'jaeden recruited them. When Archimonde was placed in command of the pit lords, he recognized Mannoroth's value as a brutal, bloodthirsty fighter and made the pit lord his second-in-command. Mannoroth helped lead the Burning Legion in assaults on countless worlds, and led the first invasion of Azeroth. His ruthlessness and vile cunning made him into one of the favoured lieutenants of his masters, Archimonde and Kil'jaeden, the champions of the Burning Legion. He is known as "the Destructor" and "the Flayer".