This article is using {{Card template}}.
See Help:Style guide/Card for how to edit this kind of article.
Edit this article
Mana Geode
40381 • CFM_606
Regular 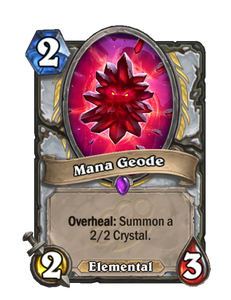 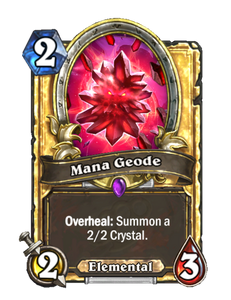 Gadgetzan, where even the pet rocks have pet rocks. 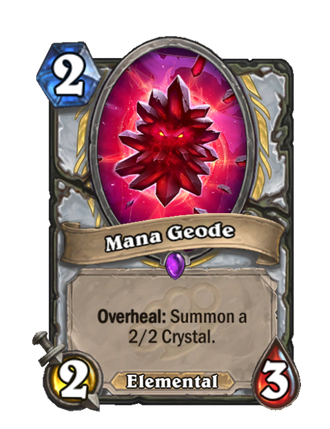 Mana Geode is an epic priest minion card, from the Mean Streets of Gadgetzan set. 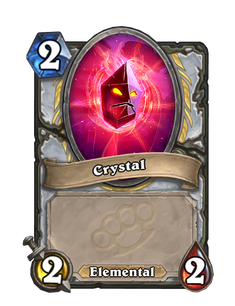 One of the elusive and coveted Priest 2-drops, Mana Geode offers early-game pressure like a

Northshire Cleric, only instead of card draw, it offers board control. While it loses to common 2-Mana, 3-damage options like

Frostbolt, as Northshire Cleric does, the extra Attack lets it take out a larger array of low-cost minions. If it's not taken out early, Priests can use

Kabal Talonpriest to buff its Health the next turn, giving it more opportunities to create more Crystals.

This particular geode appears to be made up of the red mana crystals used by the Kabal.