This article is using {{Card template}}.
See Help:Style guide/Card for how to edit this kind of article.
Edit this article
Malfurion the Pestilent
43417 • ICC_832
Regular 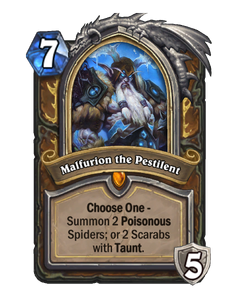 "Cenarius once taught me about the precarious balance between life and death. I have come to understand: there IS no balance. Death always wins." 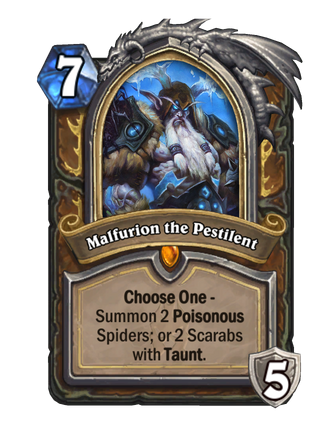 Malfurion the Pestilent is a legendary druid hero card, from the Knights of the Frozen Throne set. 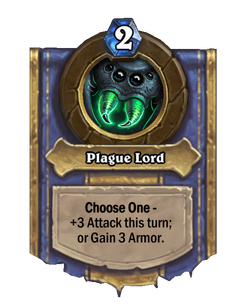 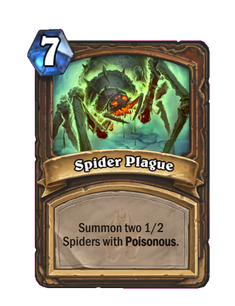 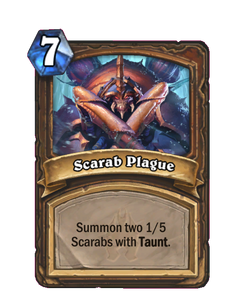 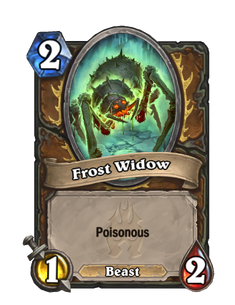 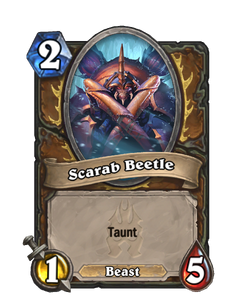 While Malfurion the Pestilent doesn't have the same radical game-changing effects that some other Hero cards have, he is nonetheless well worth his 7 Mana cost. In addition to providing 5 Armor, Malfurion gives the option of summoning either two 1/2 minions with Poisonous or two 1/5 minions with Taunt. Depending on the situation, either option is viable.

Malfurion's new Hero Power gives him more flexibility; rather than giving him 1 armor and 1 attack, he can choose between 3 armor or 3 attack. This can help you reliably clear out medium-size minions, or can allow you to bulk up and survive long enough to take control of the board.

Fandral Staghelm on the board, Malfurion the Pestilent becomes vastly more powerful. His Battlecry will now summon four minions instead of just two, and his hero power will give him +3 armor and +3 attack, becoming a radically stronger version of

The minions summoned by Malfurion's effect are Beasts, meaning they have synergy with other Druid cards such as

Mark of Y'Shaarj and

Malfurion the Pestilent is the death knight version of

Malfurion Stormrage. He has completely abandoned the traditional path of the druid and its association with animals such as panthers or bears, and has now instead fully embraced spreading plagues through insects.[3]

Pompous Thespian tells a tale of how the master hunter

Rexxar one day discovered that a great evil had descended on his forest home — the air was frigid, and the forests and everything that walked within them were dying. The thespian's story is interrupted by a fortune-teller, who announces that choosing Malfurion as the story's villain is a bold choice. The audience rebuke her by saying that her powers have failed her, since having the noble Malfurion, guardian of nature, as the bad guy makes no sense, and that no storyteller would take such liberties. As the thespian continues with his tale, he reveals that it actually was Malfurion, but not as the listeners knew him, for "he was the pestilent. Bane of the forests. Corruptor of nature." Rexxar fired his bow at the corrupt druid, but Malfurion's insects chewed apart his arrows and poisoned his companions,

Huffer. However, Rexxar was transformed into

Gul'dan, allowing him to grant his beasts unholy immortality and stitch together an army of Zombeasts to strike against Malfurion. For all his corruptive might, Malfurion could not withstand the fury of claw and fang. However, as Rexxar moved in for the killing blow, Malfurion whispered that he, too, had accepted dark power from a hooded stranger in an attempt to protect his land from a draining presence: the druid and the hunter had fallen victim to the same force.

Malfurion's affinity for plagues and insects appear to suggest an association with the Unholy death knight specialization.

"While free from the Lich King’s grasp, some death knights still embody the ever-corrupting nature of the Scourge plague that once threatened to consume Azeroth. No matter their allegiance or cause, they remain defilers of life; and nowhere is their callousness more on display than when threatened. Inflictors of the most aggressive of diseases—and masters of raising unhallowed minions from the ground—these unholy death knights are vicious melee combatants, capable of striking with the force of an undead legion and unleashing pestilence that would bring their foes to ruin."