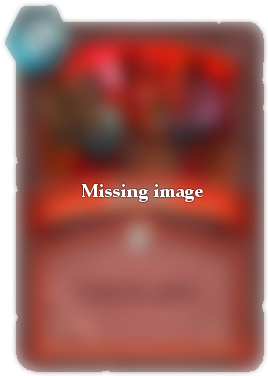 For the treasure card of the same name, see Magic Mirror.

Magic Mirror is a boss found in the One Night in Karazhan adventure. It is the second boss in the first wing, The Parlor.

The below classes are listed purely for reference, and have no effect on Magic Mirror's usage of the cards during the battle.

Since The Magic Mirror so far has not been shown to use any non-collectible cards, its strength lies in its hero power only. It will summon minions with Spell Damage and other spell-related abilities and combine them with several cheap spells like

Arcane Missiles. You can tackle this encounter by including cards that hamper spell use, like

Loatheb, or you can use its hero power against it. Any minion with powerful non-battlecry abilities shines in this fight (battlecries are not copied by the Mirror, as the minion is summoned, not played). In general, abilities are more important in this encounter than raw power. There are many ways of abusing the Mirror's hero power and achieving victory should not be a problem.

In Heroic mode, the Magic Mirror will still summon 1/1 copies of every minion played. The difference is that they will always spawn on the Mirror's side. This means that players need to do the exact opposite of what they did in Normal Mode: Prioritize raw minion power over fancy abilities. Your deck should include no abilities that the Mirror can make use of. This means no Ragnaros, no Sylvanas or the likes. Instead, Yetis and Ogres are the way to go. Also, minions with detrimental non-battlecry abilities are worth considering, especially

Deathlord. Another way of bypassing the Mirror's ability is to play spells that put minions into play, like

Power of the Wild or the Karazhan portals.

The Mirror will play a lot of Mage Secrets in Heroic Mode. Including anti-Secret cards can be a great asset. Also, anti-spell cards like

Loatheb are still very valuable. And, of course, area-of-effect spells help clear out the copied minions.

Mind Control Tech can be useful as well.

All things considered, the Druid is a strong class for this encounter. They have access to cost-efficient minions and the means to put them into play early and they have

Swipe, an area-of-effect spell exceptionally useful in this battle. They also have

Darnassus Aspirant, a minion very detrimental to the Mirror while not dangerous for the Druid themself. And finally, the Druid's hero power takes out many copied minions.

Another highly effective way of defeating the Mirror is to build a Priest deck which contains minions that are unable to attack normally, such as

Argent Watchman. Since the Mirror does not have access to Silence or Weapons himself, and because the Hero Power is passive, you can fill up the Mirror's board with minions which it won't be able to attack with. Priests can also silence their own minions with Silence and

Purify, as well as neutralising any weaker enemy minions that get played with

Power Word: Glory. With the Mirror unable to deal damage to your hero without healing it, you can simply wait for it to draw its entire deck and eventually succumb to Fatigue.

You shouldn't use cards that Silence the Mirror's copies of your minions, like

Shieldbearer, etc.); since doing so will restore the copies to their full strength.

Flamewaker, and the large number of 1/1 enemy minions.

The most important thing is not to let the Mirror's Hero Power scare you. It sounds unfair at first, but if you build your deck correctly, it will not be of much use to the Mirror - in fact, you can still use it to your advantage. Also, the Mirror still mostly uses collectible cards, which means that is does not have cards as blatantly overpowered as other heroic bosses. Thus, this fight is actually deceptively easy.

Mind Control Tech will trigger even when the Mirror has only 3 minions because its Battlecry is resolved after the mirror's copy is created. 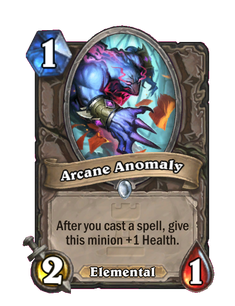 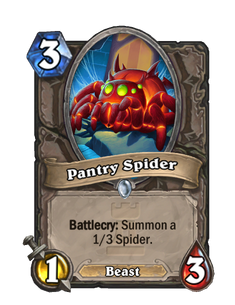 Moroes
Medivh enchanted the mirror to compliment our guests, but without him, well... you'll see.

Magic Mirror
Mirror, mirror on the wall, who's the fairest of them all?
Moroes
Hmmmm...
Magic Mirror
Not you, grandpa!

Moroes
Lord Nefarius should arrive soon. I shudder to think how he'll respond.
Magic Mirror
Nefarius? More like Ne-fat-ius, am I right? Hoo-hoo-hoo!

Magic Mirror
No, you!

Magic Mirror
I wish I could say the same! ZING!

Player's first creature on the board

Magic Mirror
You have that in your deck??

Using your Hero Power with

Medivh as your hero

Magic Mirror
Hey! You cheated! I want a rematch!
Moroes
Excellent! The stairs to the opera are just up ahead.

Keen to create a magical evening for his guests, Medivh set about enchanting every element of his tower, including placing a magic mirror in the foyer to complement the guests as they came in. Now the magic has gone awry, and the magic mirror has begun insulting everyone in sight.[1]

"As we stroll through this hallway, you’ll notice our collection of paintings from some of the greatest artists to have ever lived, and even a few that haven’t been born yet! I really don’t know how the Master manages it. No touching, of course."

"Yes, they’re magnificent, aren’t they? Oh, this one with the drape over it? It isn’t a painting at all; it’s a mirror. A magic mirror. Medivh animated it with an experimental enchantment. Oh, perhaps a tad unruly at first, but it’s quite friendly now. Complimentary, even! Most of the time. And here we are, at the game room." -

The Magic Mirror is original to Hearthstone, fitting with the adventure's "enchanted tower" theme.