Edit
watch 02:53
GTA: The Criminal Enterprises - The Loop
Do you like this video?
Play Sound
Lyris the Wild Mage
Regular 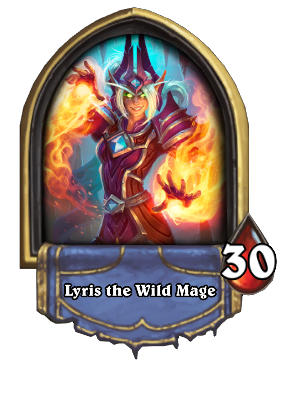 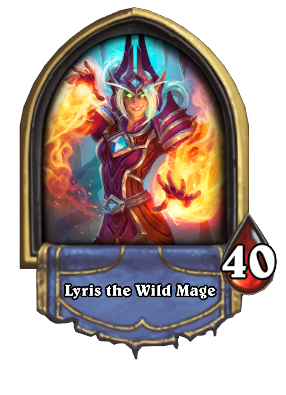 Lyris the Wild Mage is a boss that can be encountered during the Dungeon Run.

Lyris' entire strategy consists of spam. She will constantly get

Arcane Missiles which will trigger her Flamewakers. If left alone for long enough the pings are enough to decimate both your board and Hero. Thus, kill the Flamewakers on sight. Because a vast majority of her deck consists of Flamewakers, she will not field any minions for the first two turns, giving you a bit of a breather to set up a board provided Arcane Missiles doesn't destroy it. She will prioritize playing Flamewakers to the exclusion of any other action, so turns 3 and 6 serve as breathers where she's not spraying damage all over the board.

But there's more to her than Flamewakers. She also has

Archmage Antonidas and several Arcane Giants as a lategame surprise if you're planning to play the long game with her. Antonidas is her biggest threat, turning her near-infinite access to Missiles into more damage from Fireballs. Let her trigger his effect once or twice and you have a risk of death by fireball.

Lyris the Wild Mage
The flames will make you dance!

Lyris the Wild Mage
You're fired! (See what I did there?)

Lyris the Wild Mage
Are you ready for some fireworks?

Now THIS is my kind of fight!

Lyris the Wild Mage
You dance in my dungeon, you're going to get burned...

Lyris the Wild Mage is unique to hearthstone. She is a crazed mage who is obsessed with fire magic.

The blood elves are high elves who changed their name after the Scourge invasion of Quel'Thalas. Their new name is a dirge, referencing both the blood of their many brethren who fell during the Third War, and their royal lineage.