This article is using {{Card template}}.
See Help:Style guide/Card for how to edit this kind of article.
Edit this article
Loot Hoarder
251 • EX1_096
Regular 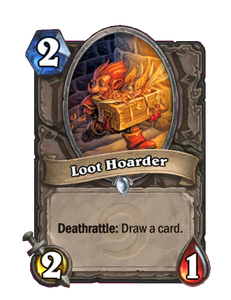 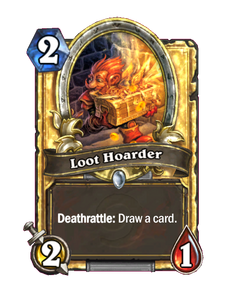 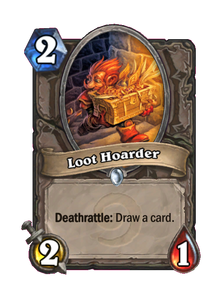 Loot Hoarder is a common neutral minion card, inducted into the Legacy set, formerly from the Classic set. 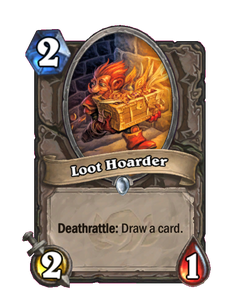 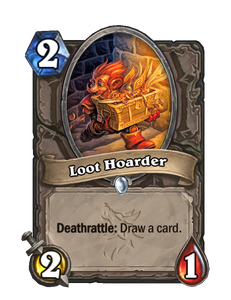 Two copies of regular Loot Hoarder are obtained for raising sum of all your class levels to 1.

Two copies of golden Loot Hoarder (Core) are obtained for winning 500 games across all classes.

Loot Hoarder (Core) is uncraftable and cannot be crafted or disenchanted.

This minion has lower than average stats for its cost, but compensates with a card draw ability. The Loot Hoarder is ideal for offensive early-game focused decks, forcing opponents to expend mana/cards to destroy it while you get to cycle through your deck faster.

Compared to Novice Engineer, the Loot Hoarder has greater Attack in exchange for lacking the immediate card draw (barring self-damage to the Loot Hoarder). The Deathrattle can also be lost via Silence or transform effects.

Summon
Mind if I roll need?