This article is using {{Card template}}.
See Help:Style guide/Card for how to edit this kind of article.
Edit this article
Lightning Storm
69902 • VAN_EX1_259
Regular 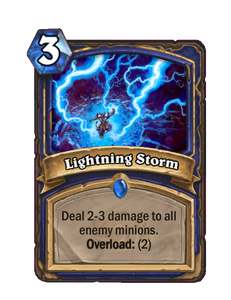 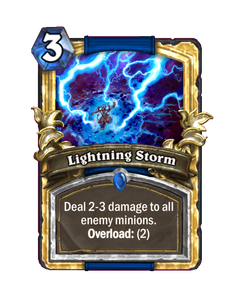 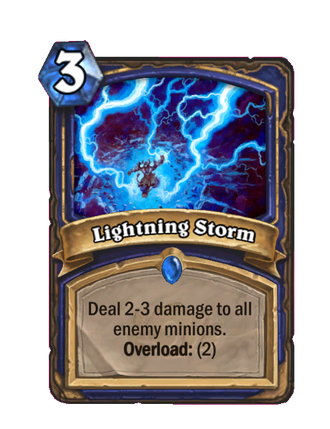 This is the Classic format version of Lightning Storm, a rare shaman spell card. 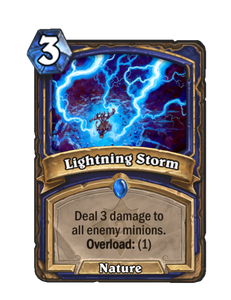 Lightning Storm (Classic) is associated with its original version. If you own any copies of it, you can also use them in Classic format.

Lightning Storm is a cheap, but somewhat random board clear for shamans. Keep in mind that the Overload will kick in next turn; miscalculating the next turn can be a huge mistake after yielding an unlucky 2 damage, instead of the hoped-for 3.

Spell Damage bonuses from minions are especially potent with Lightning Storm, with even +1 giving it the potential of a Flamestrike. In a pinch you can even use Totemic Call and hope for a