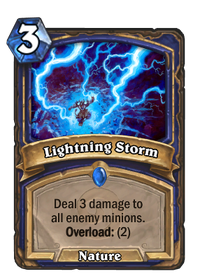 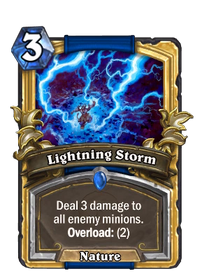 Lightning Storm is a rare shaman spell card, from the Classic set.

Lightning Storm (Core) is uncraftable and cannot be crafted or disenchanted.

Lightning Storm is a cheap, but somewhat random board clear for shamans. Keep in mind that the Overload will kick in next turn; miscalculating the next turn can be a huge mistake after yielding an unlucky 2 damage, instead of the hoped-for 3.

Spell Damage bonuses from minions are especially potent with Lightning Storm, with even +1 giving it the potential of a Flamestrike. In a pinch you can even use Totemic Call and hope for a Wrath of Air Totem. 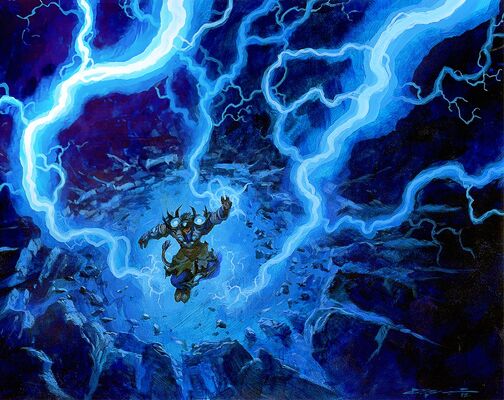