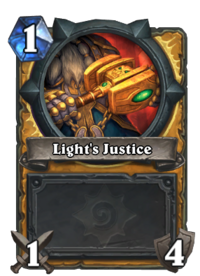 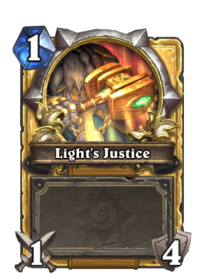 Prince Malchezaar was a collector of rare weapons. He'd animate them and have them dance for him.

Light's Justice is a paladin weapon card, inducted into the Legacy set, formerly from the Basic set. 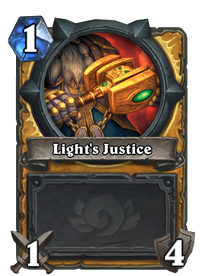 Two copies of regular and golden Light's Justice are automatically given after the player completes the Ranked's New player experience system, unlocking Wild and Classic format.

As well as being collected in decks, this card can also be equipped by the following cards. 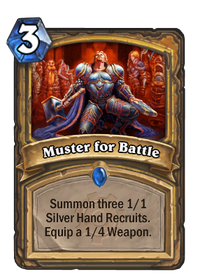 Allowing your hero to do 1 damage numerous times can be used to destroy minions, remove Divine Shields from minions, or simply chip away at the opponent's life. It can also combine well with Humility, Equality, and Spiteful Smith.

While Light's Justice is not as famous as Gorehowl, it does have a fandom as a popular transmogrification weapon in World of Warcraft. Dropping off Prince Malchezaar in Karazhan, a 10 man raid introduced during The Burning Crusade, this hammer was popular among many healing classes.