This article is using {{Card template}}.
See Help:Style guide/Card for how to edit this kind of article.
Edit this article
Leoroxx
63834 • Story_02_Leoroxx
Regular 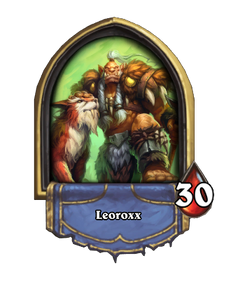 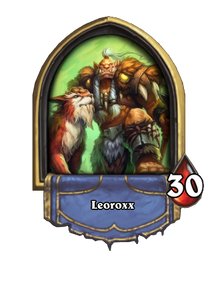 For the collectible minion in Ashes of Outland set, see Beastmaster Leoroxx.

Leoroxx is the first boss in Hunter's Book of Heroes adventure. 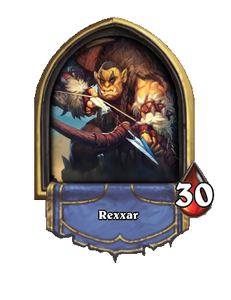 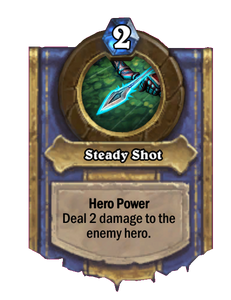 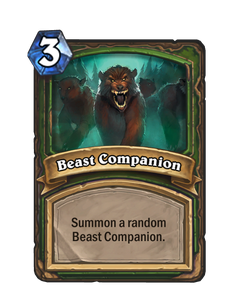 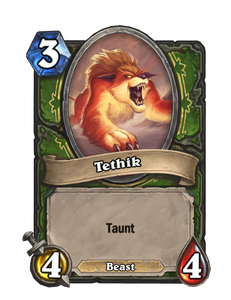 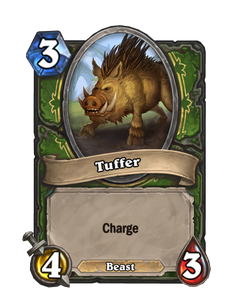 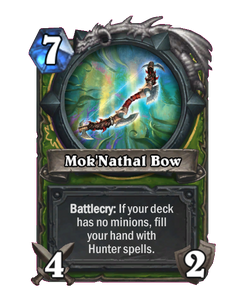 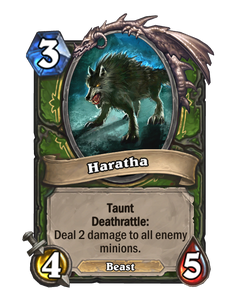 Rexxar (present)
I have wandered a long way... across worlds and wars... bonds forged and broken.
There is much to learn from this journey, if you have the strength to follow it.
I was born on Draenor. As war broke out around us, my people, the mok'nathal, remained peaceful. And unprepared.

Leoroxx
Trust in our ways. They have always served us well.
Rexxar
The rise of the Horde changes everything. We must take a side!

Leoroxx
You would do best not to speak.

Leoroxx
Heed my words.
I know better!
Listen to me!

Leoroxx
I fear you are going down a dark path, my son.
The land sustains us. The beasts answer us. What more do you want?
Trust in peace. There is no safer course.

Leoroxx
My own son speaks like this?! I will teach you a lesson.

Rexxar
The Horde is mighty. They could crush us at any moment, just like they crushed the draenei.
Leoroxx
Not if we are quiet.

Leoroxx
We are half-ogre, half-orc. Outsiders will never accept us.
Rexxar
Still, we must try.

Rexxar
Our clan is too small. Our allies too few.
Leoroxx
The mountains hide us. That is protection enough!

Leoroxx
You think like they do. That is not how you were raised.

Leoroxx
A father's wisdom may be hard, but it is fair.

Leoroxx is the leader of the mok'nathal, a clan of ogre-orc hybrids dwelling in Blade's Edge Mountains, and the father of Rexxar, Champion of the Horde. The mok'nathal are very pacifistic, but Rexxar — against the wishes of his father — joined the Horde believing that there was nothing left for him among his people. For his actions, Leoroxx disowned him, and for thirty years his mind has remained stubbornly set against his son, even after Rexxar returned to Draenor — now Outland — to search for what remained of his people. Leoroxx has a companion lynx named Tethik.