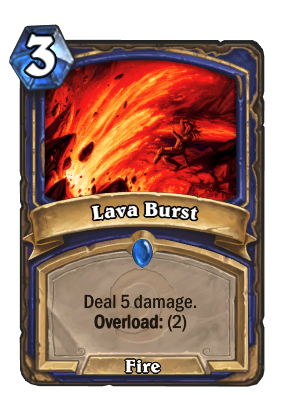 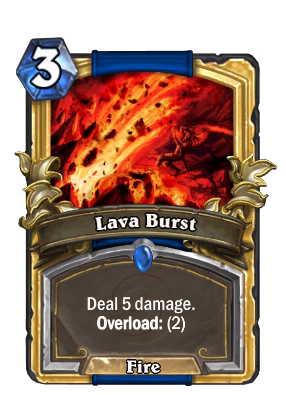 It's like an ocean of liquid magma in your mouth!

Lava Burst is a rare shaman spell card, inducted into the Legacy set, formerly from the Classic set. 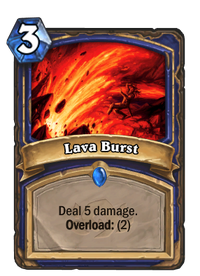 Lava Burst can be obtained through Classic card packs, or through crafting.

Lava burst is a staple of many strong shaman decks, affording high damage for relatively low cost. It is commonly used as a powerful removal option, or better yet a strong finisher.

Lava Burst is an Elemental shaman's highest hitting spell, due to it having a 100% crit chance as well as dealing 50% more damage if the Flame Shock DoT is on the enemy. It is on a 8 sec cooldown, thus causing shaman DPS rotations to be governed by cooldowns and priorities.