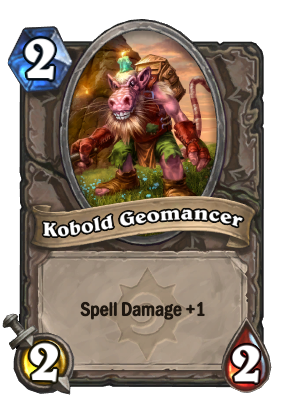 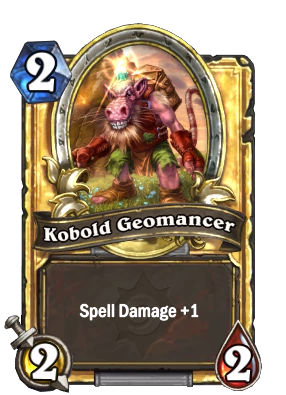 In the old days, Kobolds were the finest candle merchants in the land. Then they got pushed too far...

Kobold Geomancer is a neutral minion card, inducted into the Legacy set, formerly from the Basic set. 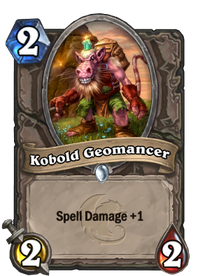 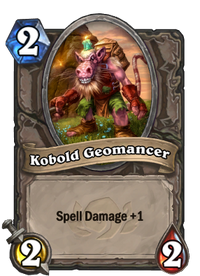 Two copies of regular and golden Kobold Geomancer are automatically given after the player completes the Ranked's New player experience system, unlocking Wild and Classic format.

Two copies of regular Kobold Geomancer (Core) are obtained for raising sum of all your class levels to 1.

Two copies of golden Kobold Geomancer (Core) are obtained for winning 500 games across all classes.

Kobold Geomancer (Core) is uncraftable and cannot be crafted or disenchanted.

Summon
You no take candle!

Evolved Kobold is the corrupted version of this kobold.