Edit
watch 02:52
Roblox: DeepWoken - The Loop
Do you like this video?
Play Sound
King Togwaggle
Regular 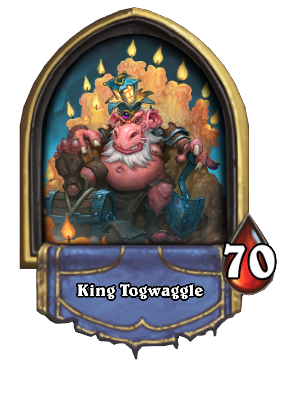 King Togwaggle is a boss that can be encountered during the Dungeon Run. He is one of five variants final round. 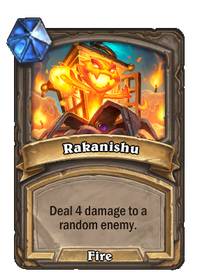 Not every Treasure card can spawn from King Togwaggle's Hero Power. This is a list of observed potential outcomes. 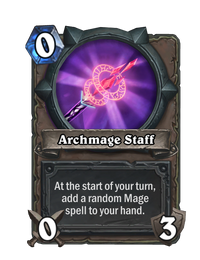 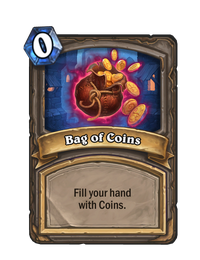 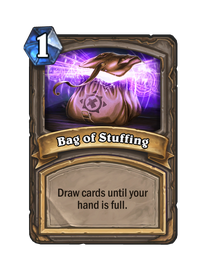 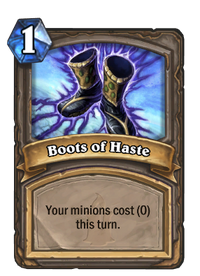 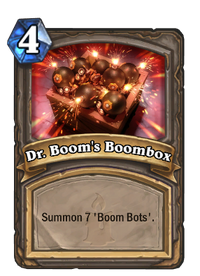 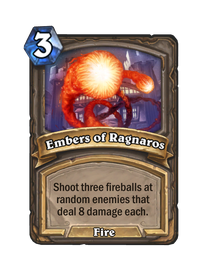 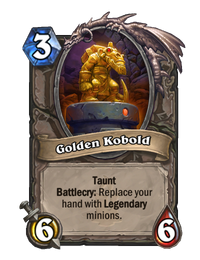 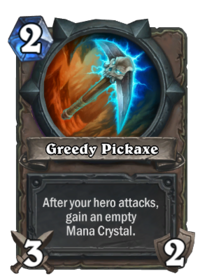 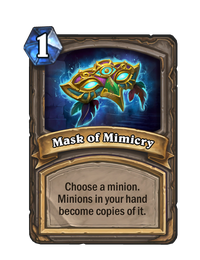 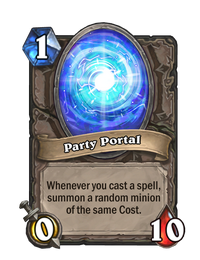 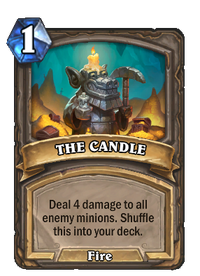 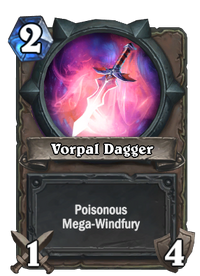 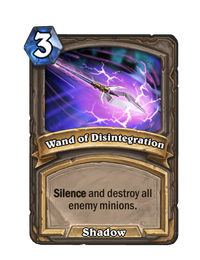 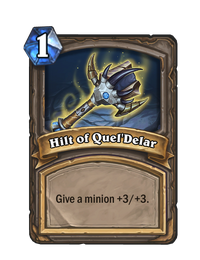 Togwaggle plays a Rogue Kobold deck. On its own, it's about as unremarkable as it sounds, with the biggest threat being perhaps his removal spells and Secrets. Instead, his biggest threat is his Hero Power, which he uses endlessly, allowing him access to the powerful playable Treasures which the player is normally only allowed two of. It's a highly unstable game with the odds stacked against you ever so slightly. Among the more deadly treasures he can find includes the Golden Kobold, which turns his hand of underwhelming cards into potentially threatening legendaries, and Wand of Disintegration, which will completely wipe your board. An unexpected but potent ally can be Togwaggle's own Party Portals, as his deck has only low-cost spells, and Bag of Coins can lead to him flooding his board with 0 cost minions.

Take every advantage you can find in the match, as there's no telling whether his next treasure can turn the tables on you.

Due to them being treasures, Togwaggle considers Party Portals and Portable Ice Walls as high value targets for Mask of Mimicry. Similarly to the Trapped Room, Togwaggle can occasionally wind up in a position where his entire board is unusable in this way, and the best course of action in this case is usually to play nothing and let his deck burn itself out. Togwaggle does not have the sense to use THE CANDLE to stave off fatigue if it won't actually damage anything, so don't be dissuaded from this.

If he does nothing but Ice Walls the Mage is the best hero because she can just lob her class ability past those walls. That's not an option for Druid/Rogue direct attacks or the Paladin/Shaman's 1/1 minions. The Priest/Warrior only have defensive powers.

King Togwaggle
What is this I am smelling? Leather? Steel? Torches? ADVENTURERS! Bah, adventurers!

King Togwaggle
Stop! Go Back! Big piles of loot for ME, not YOU.

King Togwaggle
Many monsters you are finding in kobold empire. Every fight be making you stronger! ...Or dead.
One dungeon run is to be fighting eight monsters! One for each finger.

Turn 1 on a first boss

King Togwaggle
Be smashing them and taking their things to become stronger!
First monsters you are finding be small and weak. But so is you!

King Togwaggle
Cards you are picking now, cards for being in your Dungeon Deck.
Be winning more fights, be taking more loots! Is kobold way!

Turn 1 on a second boss

Defeat before a final boss

King Togwaggle
Is okay. Better to be dying young than to never be dying at all.

Defeat on a final boss

King Togwaggle
Is too bad. For you. When adventurer dies, Kobold King is getting all the loots!
Send more adventurers! Heh-hah! More loots for me, more loots, more loots...

King Togwaggle
Oh OHHH big treasure! You is picking one, only one. Make good picking.

King Togwaggle
Invisibleness cloak! I keep losing it! It invisible.

THE CANDLE is available

King Togwaggle
I telling you! I telling you no take and you take anyways!
I TOLD you NOT to TAKE! (When played against him)
What!? Policy on candle-taking made VERY clear! (Stealing)

King Togwaggle
Quel'Delar! Legendary sword be busting in half! Not my fault.
So pretty! So shiney! So... swordy! (When Quel'Delar is forged)

King Togwaggle
Boombox! The bestest box of bombs ever to be boxing.

King Togwaggle
My turn, ha-ha! I be looting all the loots you be booting down the loot chute!

King Togwaggle
Be dropping your treasures now! I take! Mine!

Rakanishu
Destroy! Get the treasure!
King Togwaggle
Mmmnnn... treasure!
What I get? Oh! OH! So good, so good...
Oh precious candle! Shhh, now... I take, I take...
My dungeon! My treasures!
Shiny things for Kobold Kings!
Me be getting treasure too!

King Togwaggle
Is candle time!
No can handle candle!
No taunt candle!
Rakanishu!
You be making candle very angry!
Rakanishu
All will burn!
By fire be purged!
Die, adventurer!
For Rafaam!!
No take... Me!

Play your own King Togwaggle

First time for any class

King Togwaggle
Certainly not nine different times!
What? Nobody is walking away with kobold treasures!

"Now just who leads these tunnel-digging misfits of Azeroth, you may ask. What kind of luminary would it take to bring all the candles together under a single, albeit slightly brighter, candle of his own?"[1]
— Ben Thompson

Togwaggle is unique to Hearthstone. He is the ruler of all kobolds and is described as "the big cheese, the head rat, the be-candled King of the Kobolds".[2] He sports a crown with an actual lantern in place of the typical kobold candle,[1][3] has treasure strapped to his back for safekeeping (likely obtained mostly from other kobolds),[1] and wields a "regal shovel, lest anyone question his sovereignty".[1] There is a secret to the lantern he wears on his head; it's a flame elemental called Rakanishu.[1] Togwaggle is noted to be larger than his fellow kobolds (which isn't saying much) and is also rather more rotund, as there are apparently "culinary benefits" to being king.[3]

Togwaggle has a plan for how to deal with his ragamuffin subjects as well as the hostile monsters and loot-hungry adventurers found in the dungeons, and make the situation work for him:

Togwaggle's plan will come to fruition in the Kobolds and Catacombs Dungeon Run single-player experience, in which he also acts as the main host by offering "helpful advice" and "useful strategies" to the player along the way.[2]

Togwaggle is somewhat similar in concept to the Candleking, the ruler of the Bluewax kobolds of Highmountain in World of Warcraft: Legion.

Tale of the Fox[]

In a tale told by a dwarven bard in the Hearthstone tavern, Marin the Fox was exploring through the catacombs and making his way across a perilous rope bridge when a group of kobolds led by Togwaggle suddenly appeared at the tunnel entrance the adventurer was creeping toward. Togwaggle urged one of his followers forward onto the bridge, but the kobold was so intimidated by Marin that he only managed to say the words "Y-you. You adventurer..." before forgetting his lines, squeaking "You no take candle!" and hurrying back to its fellows, much to Togwaggle's frustration. The Kobold King instead began shouting at Marin, telling him that the tunnels were his and that the adventurer should drop his treasures right now. Marin pointed out that he hadn't obtained any treasure yet and argued that Togwaggle should let him pass so that he could go acquire some, and then he and the kobolds could have a do-over on the Fox's way out. While several of the kobolds were enticed by the idea, Togwaggle wasn't as easily convinced and instead said that "If you not be dropping, kobolds be taking!" before ordering his followers to summon a golem.[3]

The waxmancers obeyed and used their magic to create a giant candle golem, which stepped out onto the rope bridge to confront Marin. The adventurer, however, managed to blind the wax creature by blowing out the candle flames serving as its eyes and proceeded to make his way toward the end of the bridge, close to the kobolds. However, the confrontation was suddenly interrupted by the sound of an approaching pack of feral gibberers. Togwaggle quickly fled to the bridge, leaving his subjects behind without a second thought. The king's subjects followed after him, but as the other end of the bridge was still blocked by the blinded golem, the kobolds instead took cover behind Marin, forgetting their previous conflict in the face of a greater threat. Suddenly, the bridge gave way and collapsed, sending the adventurer, the golem, and the kobolds tumbling down into the chasm below.[4]