This article is using {{Card template}}.
See Help:Style guide/Card for how to edit this kind of article.
Edit this article
Khadgar
52502 • DAL_575
Regular 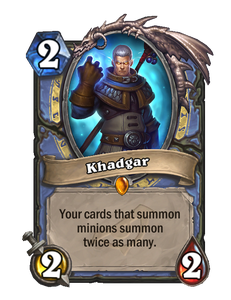 "What do you call two minions summoned at once? Twinions, haha! Wait... where are you going?" 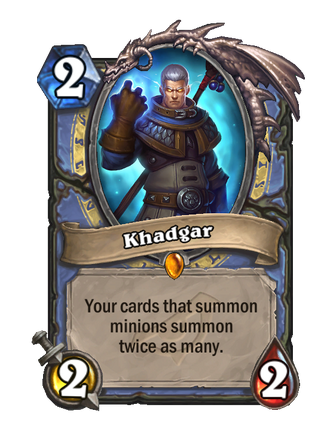 For the alternate hero of the same name, see

Khadgar is a legendary mage minion card, from the Rise of Shadows set. 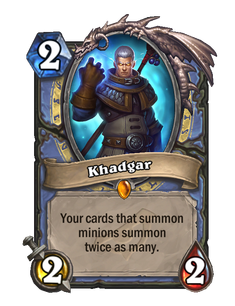 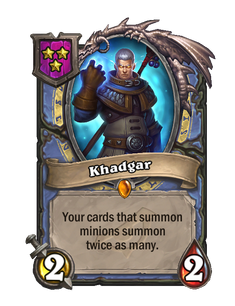 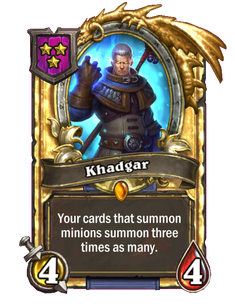 Khadgar's low mana cost, in addition to his acceptable stats, allows him to be both played early against aggressive decks and to work with combos in late-game against slower decks. Mage has access to a plethora of minion-summoning effects, in addition to access to all neutral minion-summoning effects; this potentially enables wide range of uses for him.

Khadgar is perhaps the most accomplished of all living wizards and one of the most powerful magi in Azerothian history. He was an apprentice to the Guardian

Medivh, until he helped defeat his possessed master. Though cursed with frailty and age, Khadgar nevertheless has been an exemplar for the Alliance, destroying the Dark Portal in the Second War, leading the Alliance Expedition to Draenor, and counterattacking against the Burning Legion and all who would threaten his world with annihilation.