This article is using {{Card template}}.
See Help:Style guide/Card for how to edit this kind of article.
Edit this article
Kaboom Bot
49279 • BOT_606
Regular 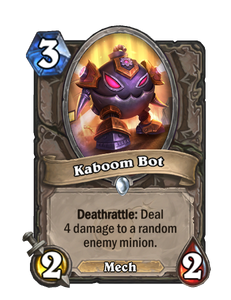 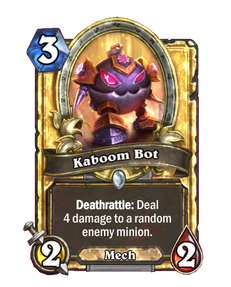 More Boom for your buck. 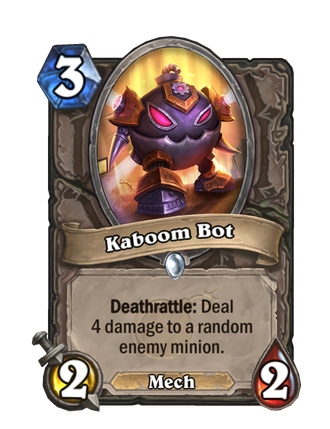 Kaboom Bot is a common neutral minion card, from The Boomsday Project set. 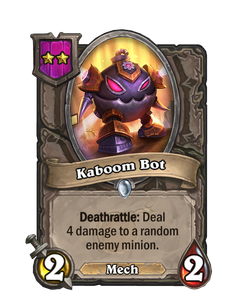 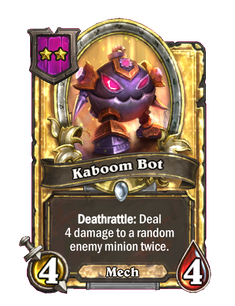 Kaboom Bot is a cheap Deathrattle minion comparable to

Volatile Elemental as a cheap removal minion, but just with 1 added to all numbers and as a Mech. It is also comparable to a delayed, cheaper

With its extra 1 Health, it can survive effects such as the AOE part of

Whirlwind. Its Mech tag also gives it utility with

Kaboom Bots are unique to Hearthstone. They are evidently a more powerful version of Dr. Boom's signature