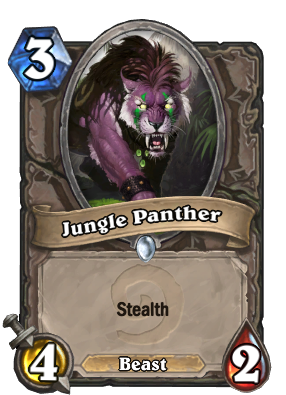 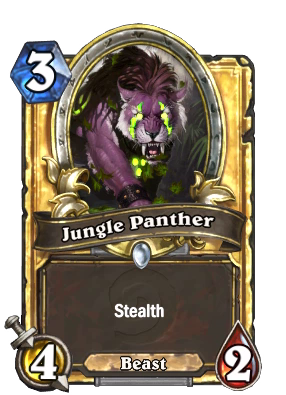 Stranglethorn is a beautiful place to visit, but you wouldn't want to live there.

Jungle Panther is a common neutral minion card, inducted into the Legacy set, formerly from the Classic set. 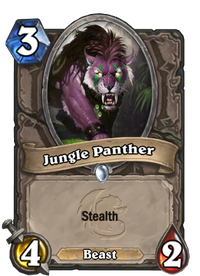 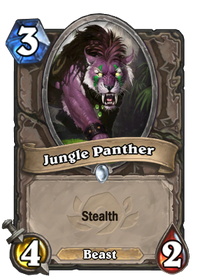 Jungle Panther can be obtained through Classic card packs, or through crafting.

Two copies of regular Jungle Panther (Core) are obtained for raising sum of all your class levels to 1.

Two copies of golden Jungle Panther (Core) are obtained for winning 500 games across all classes.

Jungle Panther (Core) is uncraftable and cannot be crafted or disenchanted.

Jungle Panther is a strong Attack minion with Stealth. It is commonly used in hunter decks to take advantage of Beast synergy. Buffing a stealthed minion can provide a large advantage for the player since it can only be targeted by AoE or random damage spells.