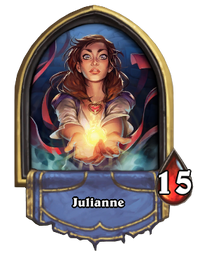 Help Julianne prepare the performance of a lifetime!

Romulo and Julianne is a boss found in the One Night in Karazhan adventure. It is the first boss of the second wing, The Opera.

Although not auto-cast, on Heroic mode Julianne will use True Love each turn, even if it is not needed. She does not always use it at the start of her turn, sometimes preferring to attack or play a minion first. 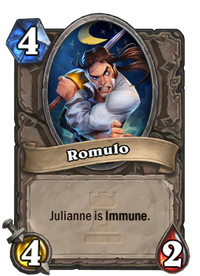 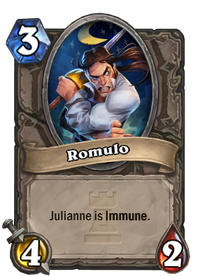 Priest decks are good at defeating Heroic Julianne because of the high level of utility available to them. For example, a Cabal Shadow Priest is ideal for stealing Julianne's Bloodhoof Brave. Similarly, Auchenai Soulpriest combined with the priest's Lesser Heal is ideal for repeatedly killing Romulo, and a damaging Flash Heal can remove most any of her minions. An early Power Word: Glory on Romulo will avoid significant health loss and allow you to focus on other minions.

Julianne's only spell removal is in the form of Betrayal so powerful minions behind a Taunt can inflict significant damage on her when Romulo is not on the board. She gains significant card draw from Lay on Hands and Looming Presence at the cost of being more vulnerable to fatigue. Card drawing minions like Coldlight Oracle will help prevent you from falling far behind on card draw while further speeding Julianne toward fatigue. 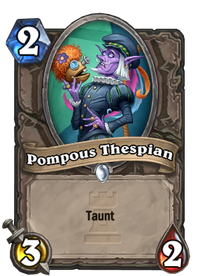 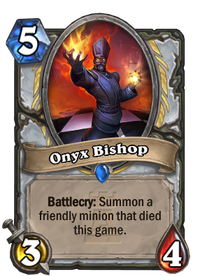 Barnes
Our first act: a tale of forbidden love!

Julianne
What devil art thou?

Romulo
Wilt thou provoke me? Then, have at thee!

Moroes
Barnes, let us through! We need to reach Medivh before the party is ruined!
Barnes
What’s a party without a play? And what’s a play without an audience?

Moroes
Illidan has arrived! We are not prepared!

Julianne
Come, gentle night; and give me back my Romulo!

Julianne
Do you bite your thumb at us?

Romulo
Ah, a dram of poison.
Wanda Wonderhooves
How tragic!

Julianne
And then awake as from a pleasant sleep... 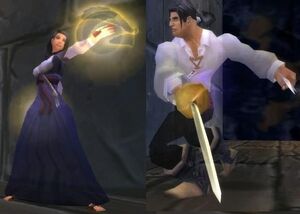 Romulo and Julianne in World of Warcraft

Romulo and Julianne are the bosses in the encounter with same name, one of the three possible boss encounters initiated by Barnes in the Opera event.