This article is using {{Card template}}.
See Help:Style guide/Card for how to edit this kind of article.
Edit this article
Ironfur Grizzly
1182 • CS2_125
Regular 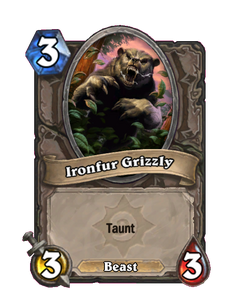 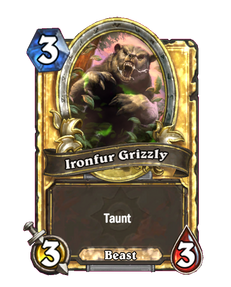 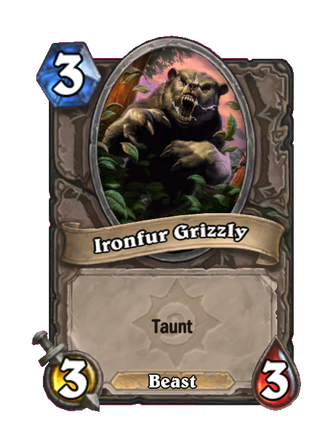 Ironfur Grizzly is a neutral minion card, inducted into the Legacy set, formerly from the Basic set. 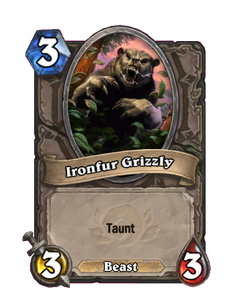 Regular and golden Ironfur Grizzly are uncraftable and cannot be crafted or disenchanted. 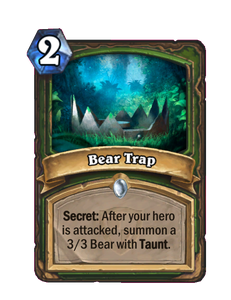 The Grizzly is a useful 3 mana 3/3 Taunt. It is the cheaper version of the

Sen'jin Shieldmasta, a 4 mana 3/5 taunt. The Grizzly has the advantage of being slightly cheaper, but is far less survivable.

The main advantage possessed by the Grizzly over other taunt minions is that it is a Beast card, offering synergy with hunter cards such as

If used by a Warrior,

Fierce Monkey should be the preferred card over the Grizzly, as it has 1 more Health. If Beast synergy is not a factor, then

Hired Gun is superior to it, which has 1 more Attack.

"Ironfur" is a designation given to a number of bears found in Feralas. The name may be a reference to the colour of these gray bears' coats, or their toughness.