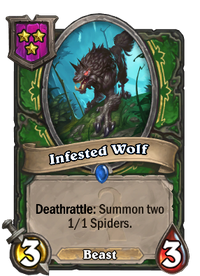 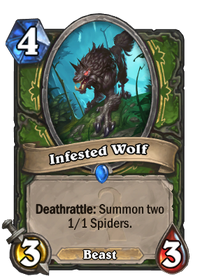 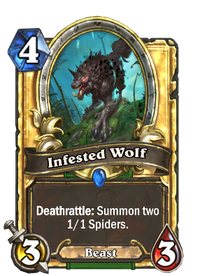 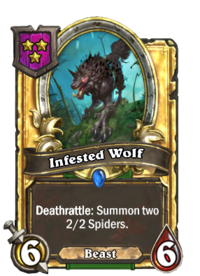 Infested Wolf is a Tier 3 minion in the Battlegrounds game mode. 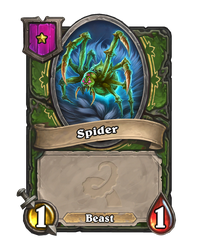 Infested Wolf can be used to enable Scavenging Hyena, and benefits from other beast synergies such as Pack Leader, and later Mama Bear. Unfortunately, while it is stronger at first, it becomes thoroughly outclassed by Rat Pack which is available earlier, and can provide several more 1/1 beasts to enable the same synergies than Infested Wolf does.

They can be used together but in later rounds you should prioritize replacing Infested Wolf rather than Rat Pack.