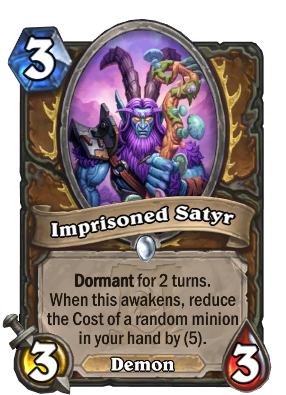 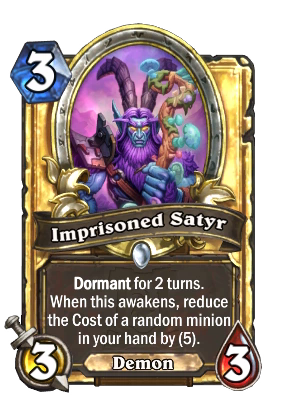 Dormant for 2 turns. When this awakens, reduce the Cost of a random minion in your hand by (5).
Flavor text

"C'mon down to Illhoof's bargain bin! When the satyr's free, he'll lower your fee!"

Imprisoned Satyr is a common druid minion card, from the Ashes of Outland set.

Imprisoned Satyr can be obtained through Ashes of Outland card packs, through crafting, or as an Arena reward.